Gravity as a holographic entropic force

See also: extra comments by Erik Verlinde about his paper and Why gravity can't be an entropic force

In a new preprint, Erik Verlinde extends some classical visions of Jacob Bekenstein from the 1970s and argues that Newton's force of gravity may be derived as a thermodynamic force trying to maximize entropy. His derivations may look excessively heuristic to many of us, but they're very interesting and thought-provoking. Here is an independent review. 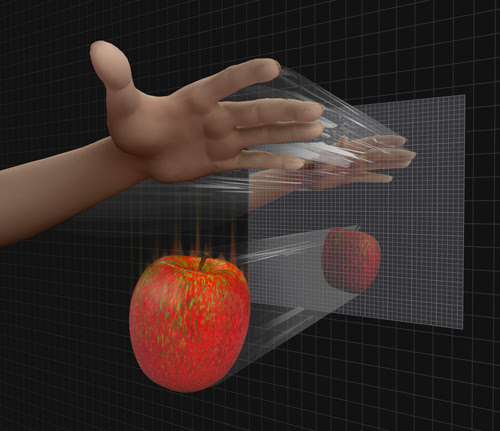 In biophysics, one often deals with long molecules. They tend to "fold" and occupy a small volume because it is entropically favored: there are many more microstates where the molecule is "short". However, molecules will be pushed by a force "F" towards a smaller perimeter "x" only when the temperature is nonzero:


Verlinde is trying to construct an analogous derivation of Newton's gravitational force. I will use in the "c=hbar=k=1" units where "k" is Boltzmann's constant. Because of its special role, "G" won't be set to one. At the beginning, "G" will be defined as the coefficient from "S=A/4G", the Hawking-Bekenstein entropy for a holographic screen (no gravitational bulk effects yet!).

In the non-relativistic case, Verlinde considers a spherical holographic screen of radius "R" and the source mass "M" must be a point or a ball or a set of concentric spheres in the middle (otherwise the result of his simple derivation would be wrong). He doesn't explain why "M" must be in the middle of the screen but that's surely not the only incompleteness you will have to swallow.

We want to look at a smaller mass "m" that is close to the spherical holographic screen - near the boundary of the ball of radius "R". It's close and its behavior should resemble the behavior of particles approaching a stretched horizon of a black hole, as described by Bekenstein.

All the information is encoded in the screen. And it is assumed that the total mass/energy in the ball is distributed among the bits of the screen. The latter comment is also a bit confusing because the energy can also be carried by the "interactions" between the bits of the holographic screen (i.e. by pairs or triples or more complicated properties of the bits), not just "locally" by the bits themselves, but let's be much more gullible from now on.

The derivation of Newton's force acting on the mass "m" near the holographic screen - a derivation that Verlinde never writes in its entirety - goes as follows:


which is Newton's gravitational force attracting "m" to the center of the sphere, towards "M". Now, I have to explain the steps.
At the level of the dimensional analysis, it had to work, of course. However, all the detailed justifications, special qualitative assumptions, and numerical factors seem to be either unjustified or downright wrong which creates some doubts about the chance to make this argument serious.


In other sections, Verlinde tries to justify the steps as robust and address some of the problems above - e.g. general matter distributions.

In the final sections, the author is offering a derivation of Einstein's equations, by constructing a general relativistic extension of the arguments above. OK, I am probably not going to read it in detail because the non-relativistic picture would first have to become much more convincing - because it should be a simple special approximated case of the general relativistic derivation.

Clearly, Verlinde is also recycling some ideas due to Ted Jacobson here (Jacobson has also constructed a kind of derivation of Einstein's equations from thermodynamics) and it's not quite clear whether Verlinde's derivation is a different thing and what the difference is.

Quite generally, I find it bizarre to expect that equations describing a curved bulk can be derived just from the statistical reasoning applied to the holographic screens. How is the curved bulk geometry encoded in the bits on the surface? After all, the Ricci-flat metric tensor field doesn't have to be the only massless or light field in the bulk, so you shouldn't be able to derive that it is. ;-)

Well, my understanding is that if you assume that the dynamics of your holographic screen is equivalent to a higher-dimensional quasi-local theory (with one dimension added), you may use bulk arguments to determine that the metric tensor may be there or must be there and that the coefficient of the Einstein-Hilbert term is linked to the coefficient in the holographic entropy of the screens (Newton's constant...).

But I don't think it's possible to derive these things "just" from the screen. The phase space and dynamics of the screen's degrees of freedom is not arbitrary: it is constrained by the condition that the bulk physics looks quasi-local and higher-dimensional. General Hamiltonians for the "screen bits" would surely not satisfy this condition.

Also, I have some problems to agree with the proposition that the holographic screens are "more real". For example, in the AdS/CFT correspondence, the AdS and CFT sides are equivalent to each other. It's a duality. None of them is more real. If you know one of them fully, the other one may be completely derived. The spacetime in the bulk doesn't quite respect locality but it is "real". But if you know just a very small part of the information about one of the two descriptions, an even smaller part of the information can be derived about the other because the "holographic dictionary" is hard and "natural" conclusions about one side generally depend on many properties of the other side.

So in my opinion, all these heuristic arguments are "morally right" in some sense but I find it somewhat unlikely that "bulk physics" may be really derived without any "bulk physics". For example, the requirement of the diffeomorphism invariance is a bulk constraint needed to eliminate unphysical degrees of freedom of the spin-two fields. But this argument only makes sense if you start with bulk spin-two fields with bulk Lorentz indices.

The CFT doesn't lead you to do that: it produces the physical modes for you only and its gauge symmetries are completely different than diffeomorphisms (namely U(N) Yang-Mills symmetries). So I don't want to make excessively strong statements but I do think that e.g. the equivalence principle (or diffeomorphism symmetry in the bulk) has nothing to do with general properties of the holographic screen. It is an important property of the bulk equations of motion - and so is the approximate locality or local Lorentz invariance in the bulk. Of course, you may argue that a dynamical metric tensor is necessary for a bulk theory to be holographic - to be dual to a theory on the screen - but then you have to work with the metric tensor to say something about the diffeomorphisms because it is a bulk statement, after all.

So I remain undecided whether or not there is a sharp insight waiting along the lines of Verlinde's paper.

After Erik Verlinde kindly posted some extra helpful explanations, I have made my mind. I am convinced that the picture is incorrect. Such entropically-driven forces are inevitably irreversible.

Collective observables will only be changing because of thermodynamic reasons if the "temperature" of different subsystems differs by finite amounts. However, when it does, so that the heat and entropy may flow from one subsystem to another, the total entropy inevitably increases which makes the full process irreversible, unlike the real gravity.

Consequently, I think that this whole framework of thinking is flawed. It also contradicts some very "coherent" facts about gravity, including the fact that gravity preserves quantum coherence (and interference patterns) which has been experimentally tested with neutrons. In the AdS/CFT framework and string theory in general, it is equally obvious that there can't be entropy differences e.g. between stars at different relative distances. That follows from unitarity and reversibility of the orbits.

Quite generally, a nonzero entropy (especially if it is high) picks a privileged reference frame (the frame in which the entropy-density and entropy-flux 4-vector is purely time-like) and breaks the Lorentz symmetry. These are the usual reasons why "spinfoamy" and all other "emergent" theories can't work as long as they fail to correctly attribute a vanishing entropy to the (unique) vacuum. I was assuming that Erik Verlinde was realizing all these elementary facts about physics but it seems that I was wrong.
Luboš Motl v 10:17 AM
Share