India Today which has circulation of 500,000 just published an article about the unethical if not criminal behavior of IPCC boss Rajendra Pachauri:

Pachauri in a spot as climategate hits TERI (click)

They say that while he is trying to look politically correct, "back home in India, he seems to be failing to uphold standards of propriety in his professional dealings."

The newspaper explains that TERI, The Energy Research Institute ["The" was formerly "Tata": Tata Group is a giant that owns things from Jaguar, Land Rover, other carmakers, steel makers, and chemical plants to insurance companies and even most Indian string theorists], has benefited from links with Pachauri. He's been the director of TERI since 1982 and director general since 2001.

Between 2006 and 2009, as an independent director of ONGC, another public energy company, he could fly first-class, sleep in five-star hotels, and collect Rs 25,000 ($500) for each meeting. It just happened that during that time, ONGC and TERI secured contracts (and created ONGC-TERI Biotech Ltd in 2008, OTBL). The paper notes that this behavior contradicted ONGC's conflict-of-interest policies. Former minister for petroleum Gangwar has already complained.

While Pachauri claims that TERI hasn't charged OTBL any royalties for ONGC services, another ONGC official confirmed that Rs 300 million ($6 million) was paid to TERI over a few years and OTBL was also involved in the transactions. Pachauri is denying everything and offers a shell game to explain the foggy flow of the money. The newspaper analyzes some of the contradictions of his testimony. 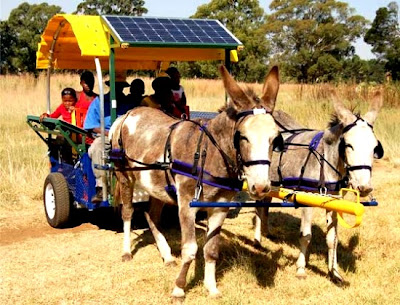 India Today quotes The Sunday Telegraph that Pachauri established an "astounding/astonishing worldwide portfolio of business interests with bodies which have been investing billions of dollars in organisations dependent on the IPCC's policy recommendations". He says he didn't pocket a penny: he has paid all his earnings for the solar panels of the poor. ;-)