Micronesian minister: Greenpeace tells us what to write

Today, Reuters and NY Times published another article about the attempts of Micronesia to stop the upgrade of a Czech coal plant which is 13,000 km away (not 6,000 km as Reuters writes).

By the way, geographic ignorance continues even in nearby New Zealand where news outlets think that Micronesia encompasses Papua New Guinea, among others. Well, it surely doesn't. Papua New Guinea has 6 million people while Micronesia (600 small islands) only has 100,000 people. ;-) The author described Melanesia.


TRF: Micronesia will be sunk by Czech coal power plant, wrote a protest 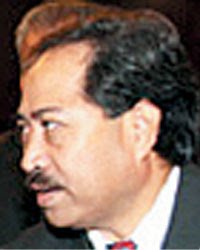 Also today, a leading Czech financial newspaper, "Hospodářské noviny" (HN), printed an interview with Micronesian minister of environment Andrew Yatilman. He has de facto confirmed my hypothesis that the guys have no idea what's going on and their activity is orchestrated by Greenpeace. Last week, they sent another letter to Czechia clarifying why they dislike the upgrade plans.

HN: How can the Micronesian government learn that the confirmation process before the upgrade of a coal plant in Prunéřov is just approaching the finish line in a 13,000-kilometer distant Czech Republic?

We watched a report showing Greenpeace activists who were protesting against Prunéřov last December. They were lying down in front of the coal power plant and we found it interesting. So we decided to send a letter to the Czech minister of environment. 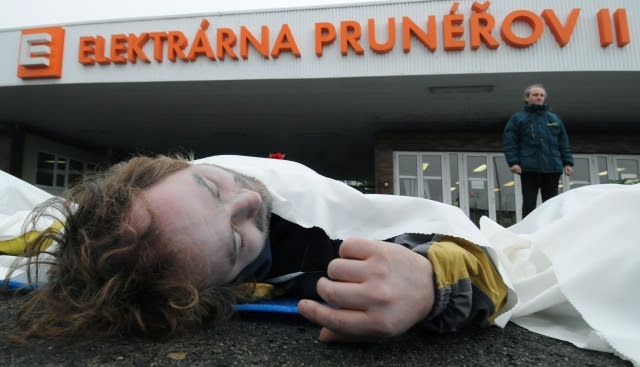 Was it your first attempt or have you already tried something similar before?

At the international level, this was our first attempt. We did it during our preparations for the Copenhagen climate summit. And when we saw it, we got the good idea to not only speak but also act over there.

In that case, I am surprised: why didn't you look for anyone from the Czech delegation on the summit - e.g. for our environment minister Mr Jan Dusík (John Nitrogen) during the summit?


And will you try to affect another plant or facility in the world?

We would like to. For a small country of islands such as ours, climate change is a big threat. So it's in our best interest to make people aware of the changing weather as much as possible. And a similar international activity is optimal for achieving this goal. However, we will first evaluate the results of the Czech action and its visibility - and only afterwards, we will decide what to do next. At this moment, however, we haven't identified another project for our interventions yet.

Do other island countries in the Micronesian region help you?

Besides us, I don't know of any. However, it's a great pedagogical material for us - to learn how these things work. When we learn something, we may begin to speak to our neighbors and discuss what can be done for the climate change to be even more familiar to the world. I hope that next time, the number of small countries will be even larger. Our voice and pressure will therefore get stronger. When a big country will plan to upgrade a power plant, we will be saying: Make it as well as you can because climate change is threatening us. Think about us. 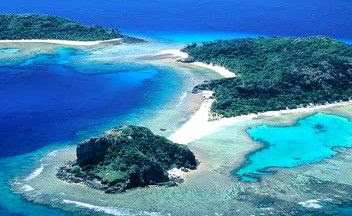 What are you actually trying to achieve? To expect ČEZ, the largest Czech electric utility, to change its plans because of you would probably be unreasonable.

I hope that a few of the small comments I wrote to the Czech minister will be considered carefully. It's not the real goal to influence the power plant: we want people to think about the essence of the points. Because of them, the Czechs will have the opportunity to realize that these are cases that don't affect just them but also places far away from their borders [by 42 microns of a sea level rise]. And if there is no other result, it will be good for us to show that we're here and we're struggling for our right to survive.

In the second letter, you mention some particular technical characteristics of the Prunéřov power plant. Have you found all these numbers yourself, or did you have someone who helped you?

We have received some information from Greenpeace because they still have the access to more data than we do.

By the way, do you know the opinions of Czech president Václav Klaus about the climate change?

Unfortunately, I have no clue what he thinks about this topic.

Wherever he goes, he mentions that nothing like global warming exists, or at least it is not scientifically established.

Good that you told me because we just received a letter from Czechia which purports to be coming from the president. But I don't believe it too much. It isn't even written on a letterhead and it tries to find out why we do what we do. Like if we were not a sovereign country. There's a signature beneath it but whether it belongs to your president is unknown to me. At any rate, we don't take it seriously. 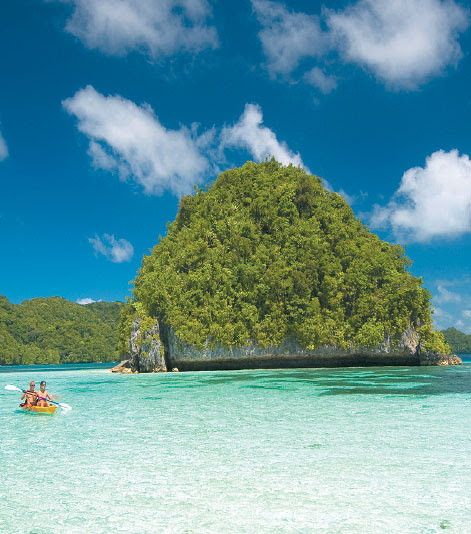 A pretty funny chieftain, right? Concerning the amusing sovereignty comment, Micronesia is a bantustan that entirely depends on the rent paid by the U.S. for the local Pentagon facilities.
Luboš Motl v 8:06 PM
Share