The final figure will be found in two weeks at the bottom of this page, right after "2010 1".

However, the cooling in recent days - which may be related to the melting snow's latent heat's cooling of the atmosphere - will almost certainly prevent January 2010 from beating the two tied leaders - February 1998 and April 1998 - when the anomaly was 0.76 °C. May 1998 is the current holder of the bronze medal for its 0.65 °C and January 2010 is "more likely than not" to take over. We will see.

By the way, so far, the 4th and 5th places - which will become 5th and 6th warmest months of the UAH record - belong to January 2007 and January 1998 we mentioned previously.

By the way, Firefox users should go to Help / Check for updates, and upgrade to the latest Firefox 3.6. 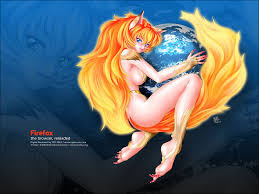 Some details on the calculation

However, this is not the optimum computational algorithm that I am using to get the best results. The optimum estimate is obtained by extrapolating the temperature from the latest known day to the end of the month. On January 20th, the global brightness temperature was -16.39 °C.

If we assume that -16.39 °C will be the right number for the rest of this month - I mean in average, that's enough - the January 2010 anomaly will be 0.37 °C higher than that of January 2009, i.e. 0.67 °C. This is a sensible estimate that is pretty much consistent with other ways to extrapolate. Fortunately, January is near the minimum (stationary point) so for 10 more days, it doesn't really matter whether you extrapolate the temperature itself or the anomaly.

What about the sensitivity? If you change the estimate of the January 21st - January 31st average by ΔT, the monthly average will change by ΔT/3 (because you're only changing 35% of the data or so). Also, if you assume the rest of the month to see a uniform linear warming and/or cooling that ends up ΔT' higher or lower than the January 20th temperature, the monthly average will be ΔT'/6 above or below my prediction (because ΔT = ΔT'/2, and we convert the problem to the previous one).

One sixth is a pretty small factor, so what happens in the rest of the month is unlikely to change the final reading much. In the latest parameterization, it is pretty unlikely that the 10-day change ΔT' will exceed 0.2 °C which makes it at least equally unlikely that the average monthly temperature will deviate from 0.67 °C by more than 0.03 °C.
Luboš Motl v 9:44 AM
Share