Warming trends in England from 1659

Because the Hadley Center has released the final temperatures in Central England for 2009, I decided to calculate a few things. Although I have also played with the monthly data, this text will be purely about the 1659-2009 annual data. It's 351 years in total.

A related link: The counterpart of this article for the world's second oldest weather station appears in the article Czech ClimateGate: Prague's Klementinum censored 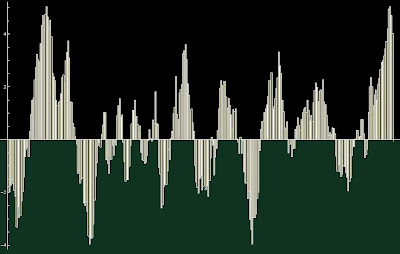 In the late 17th and early 18th century, there was clearly a much longer period when the 30-year trends were higher than the recent ones. There is nothing exceptional about the recent era. Because I don't want to waste time with the creation of confusing descriptions of the x-axis, let me list the ten 30-year intervals with the fastest warming trends:

You see, the early 18th century actually wins: even when you calculate the trends over the "sufficient" 30 years, the trend was faster than it is in the most recent 30 years. By the way, the most recent 1980-2009 tri-decade didn't get to the top 10 results at all; if you care, it was at the 13th place. ;-)


You can also see that the local trends are substantially faster than the global trends: that's because the global variations are reduced by the averaging over the globe. For the sake of completeness, these were the most intense 30-year cooling trends:

An obvious question is what happens if you consider 10-year, 15-year, or 50-year trends. With my Mathematica code, it's easy to find: you just change one number. ;-) As you may expect, if you use the 10-year or 15-year trends, the current era won't get anywhere close to the winners. For example, these are the 10-year trends: 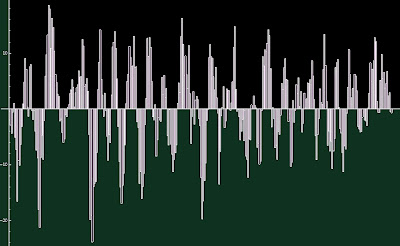 Yes, these are huge numbers and they're true. The superfast cooling is related to the excessively low temperatures recorded in England sometime in the early 1740s. Most people don't understand the "random walk" character of the temperatures: the shorter periods you consider, the faster trends you obtain: the trends approximately scale like 1/sqrt(time) - and in this case, the records were scaling even faster than that, as 1/time. Of course, none of these trends can be extrapolated to a century.

At the beginning, I chose the 30-year trend because it really had the highest chance to produce a recent "man-made" signal. It didn't. It's much more hopeless if you consider e.g. the 50-year warming trends: 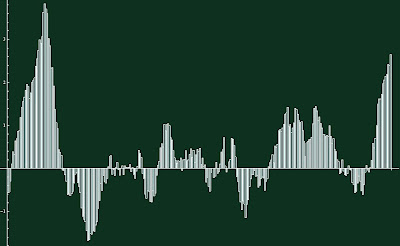 Finally, our generation teamed up with our parents, grandparents, and great grandparents can marginally win if we consider 100-year intervals: 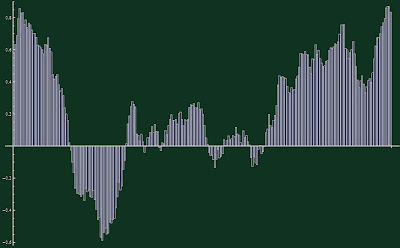 The Central England data show nothing unusual about the evolution of current temperatures. And because there is really nothing special about Central England, it's reasonable to expect that no place in the world is experiencing anything unusual in the modern era, in comparison with other epochs since 1659.