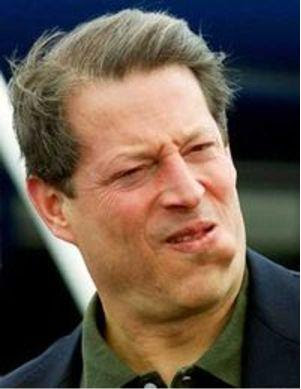 The New York Times have published an op-ed that is bound to become a subject of jokes:

The text starts rather quickly. ;-) The first paragraph says


It would be an enormous relief if the recent attacks on the science of global warming actually indicated that we do not face an unimaginable calamity requiring large-scale, preventive measures to protect human civilization as we know it.

Well, I am afraid that if he couldn't find any "indication" supporting such a "relief" even during the most recent 3 months, medical treatment is the only path Al can take to achieve such a relief.

However, there's still no medical treatment for his condition available so the "crisis" is actually still growing, we learn. He mentions some recent "gates". But do these mistakes or any mistakes matter? Here is how he answers:


But the scientific enterprise will never be completely free of mistakes. What is important is that the overwhelming consensus on global warming remains unchanged.

Well, this independence of the conclusions on any research findings is surely important for Al who has earned hundreds of millions from this bogus "science" and who may face years in prison once this "overwhelming consensus" fully changes. As you could understand, he just can't wish away climate change. ;-) 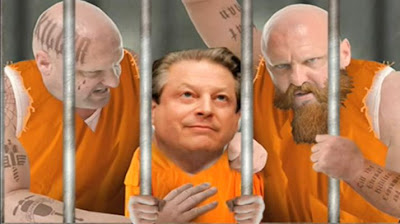 Unfortunately for him, it's just his wishful thinking: the scientific opinions are changing all the time, especially in disciplines with lots of uncertainties and lots of bad research done in the past. So far, it has only changed partially. But we're not at the end of time yet.

Al Gore admits that while the unimaginable calamity is global in nature, it's hard to find any single place on the globe where any effect of it could actually be seen. ;-) You may skip the usual description of the hurricanes etc. Al Gore added blizzards - snow and rain - that are also caused by global warming. ;-)


Gore says that there's no alternative to cap-and-trade.

The collapse of the Soviet bloc "in the 1990s" led to a period of "market triumphalism", we learn. Fortunately, Al Gore arrived with his global warming and showed that communism was right, after all. He is explaining how he is going after the neck of the evil capitalists (he's not one of them, he's just an apparatchik that deserves what he earned for his anti-market leadership!) who "fought to weaken existing constraints and scoffed at the possibility" of a global dictatorial government.

Al Gore believes that even though the modern media have helped the market triumphalists and warming deniers, he will ultimately win. Gore is annoyed that any plan to "reform exploitive behavior in the marketplace" is called "socialist". Well, I for one, call these formulations "hardcore Marxist". To summarize the duties of everyone, Gore wraps up by saying that


Public officials must rise to this challenge by doing what is required; and the public must demand that they do so — or must replace them.

At least this is one of the least sensible would-be leaders of America wants everyone to do. It is required by him because he has "put his money where his mouth is", so not following his requirement would mean to reduce his additional profits. Fortunately, he is just a would-be leader and he's unlikely to be able to "replace" either the "public officials" or the "public".
Luboš Motl v 7:00 AM
Share