In December, I wrote about the problems caused by the German wind turbines to the electric grid in Germany and its neighbors, including the Czech Republic. 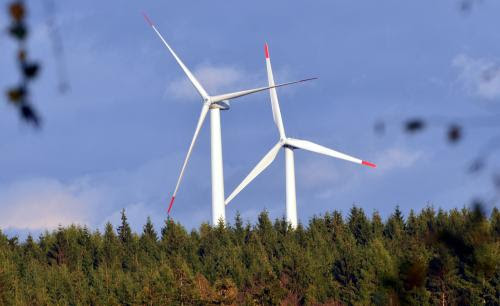 As Reuters, Radio Prague (EN), and the Czech media (CZ) noticed today, the Czech grid is overloaded and the company in charge of it, ČEPS, is finalizing its plans to solve the situation.

ČEPS, a company which is responsible for the stability of the grid, according to the law, urges the electricity distribution companies to halt the connecting of the new solar and wind plants. At the end of 2009, they were giving 600 MW to the grid. However, projects that would add a whopping extra 3,500 MW have already been approved! This is a genuine threat to the stability of the grid.

ČEPS has informed that if the rules won't be changed to avoid the danger raised by these ludicrously subsidized and hugely irregular sources of energy, it will have to start to disconnect them. This could mean that the green investors could lose their money which would be great.


Of course, this is a legally explosive issue. In reality, the irresponsible bureaucrats who have approved these insane amounts of subsidized projects - attracting huge crowds of green greedy investors from abroad - can be blamed for this threat, and they should pay for their mistakes, too. In reality, it will be the government i.e. the taxpayer who will pay compensations to the operators of the disconnected sources if the latter are successful with their legal complaints.

While the dominant Czech electric utility, ČEZ, agrees with ČEPS that the new solar and wind sources are a threat, it will need several days to decide whether it will freeze the incorporation of new wind and solar plants into the grid.

Needless to say, billions of dollars are flying and corrupt, green, or otherwise dirty politicians and bureaucrats have helped to distort the market, all the rules, and the stability of the grid, for ideological, irrational, and egotistic reasons (or simply to lick the buttocks of their bigger but even more idiotic EU colleagues), paying no attention to what their decisions would mean to the consumers and the economy at large. 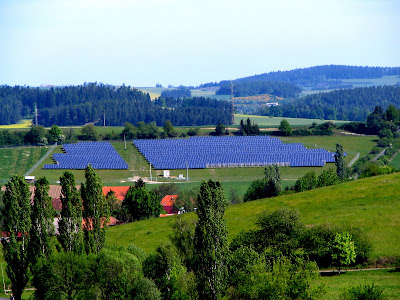 Solar power plants perhaps expand even faster than the "pinwheels". The largest one, in the village of Bušanovice [Boo-sha-naw-vih-tseh] (Google Maps Satellite), offers electricity together with sheep cheeese. Very green: click to zoom in.

The irresponsibility in the "renewable" electricity subsidies was particularly shocking in the Czech Republic. But I am sure that other countries face similar threats, too. It's just that they don't have any responsible people or companies who would dare to mention that the spontaneous explosion of these "renewable" sources is a fast path to hell.