You couldn't make this up.

Yesterday, the government put Dr Michael Vít, the chief of the public health in the Czech Republic, in charge of the mandatory vaccination of the soldiers and other public employees. That would probably include the presidential buttocks (OK, probably shoulders) which was not the only reason why President Klaus sensibly protested against this overreaction and a violation of human rights. 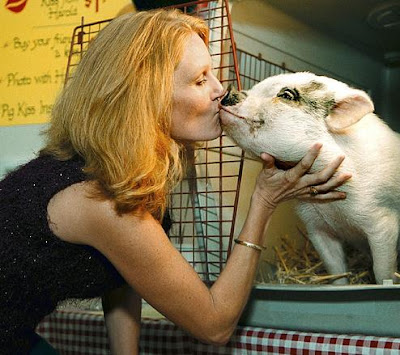 But despite his eager approach to vaccinate everyone else, Dr Vít forgot one person who should be vaccinated before others: himself. A kind of hypocrisy for him not to be vaccinated. So it was inevitable :-) that today, he announced that he has all the symptoms and he believes it must be swine flu. This vague statement seems bizarre by itself: cannot at least the chief public health officer of an EU country undergo a test that would determine whether his illness is swine flu or something more ordinary? He claims that 95% of flu cases in the EU are swine flu: I am not able to verify this bizarrely sounding figure.

So far, 95 Czechs have died of swine flu and 2,300+ cases have been confirmed in labs. By the end of 2009, the global casualties exceeded 10,000 just by a little bit: you may recall our poll about this question which kind of matched the reality. Unfortunately, the results of all polls have been erased because of JS-Kit's new exclusive focus on the Echo commenting platform.