Daily Mail says that Donald Trump has urged the Nobel committee to strip Al Gore of the Nobel peace prize because he has defended pseudoscience that can lead to a decimation of the U.S. economy. 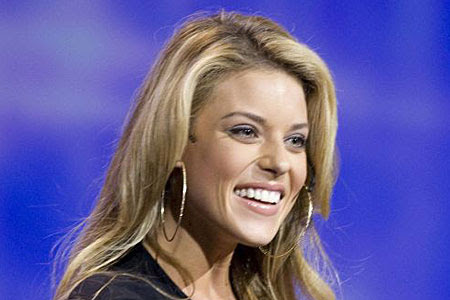 Donald Trump has supported Carrie Prejean against the attacks but Al Gore really doesn't deserve it. Sorry but I found this picture prettier than a picture of Donald Trump or even Al Gore here. ;-)


You are invited to sign a petition, No More Nobel. Irena Sendler who saved 2,500+ Jewish children from the Nazis is introduced as a replacement. Your humble correspondent has signed it.


Trump has mentioned the recent record blizzards as his evidence that the climate is not warming, or at least not at a rate that would be worth a discussion among non-specialists. The blizzards are surely not the most sophisticated arguments concerning the climate but I do think that they are a legitimate piece of evidence.


The absence of snow in the winter has been an important prediction of the looming climate problems. But the snow doesn't seem to disappear at a measurable rate, and even if it did, there would be a lot of room separating the "lack of snow" in the winter and a genuine climate "threat".
Luboš Motl v 9:02 AM
Share