Half an hour before the midnight between Saturday and Sunday, local time, first protons of 2010 were sent into the tunnel of the LHC. The 7-TeV (total energy) collisions should begin between mid March and late March, after weeks of careful tests.

The Register was the first source to report that the planned restart of the LHC beams - which was expected today - will be delayed. In the most optimistic case, the delay will last just one day. 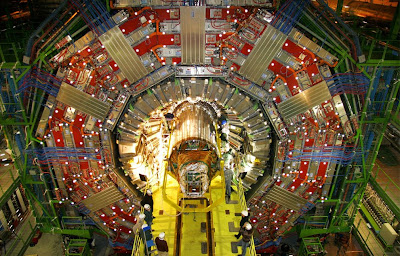 An automatic protection system has kicked in and caused 50 or so superconducting magnets in this "most outrageous matter-rending machine" to quench (i.e. lose superconductivity).

You can see that while the protection systems may be useful, too much of protection or too enthusiastic protection may also hurt. nQPS, the new Quench Protection System, has declared a false alert. A complete insurance or the fundamentalist precautionary principle would surely make the LHC impotent.

Realizing that the protection system was too enthusiastic, the CERN staff had to impose a 2000-Ampere lower bound for the current that allows nQPS to declare a threat for particular magnets. Establishing a fair level of the "insurance" that still allows the collider - or the people - to live happily yet pretty safely is a subtle exercise but it can hopefully be done.


It may be equally sensible to impose an analogous 2 °C warming (above the 1990 levels) below which the environmental bodies of the government would be obliged to shut their mouth. And believe me, 2 °C of warming is safer for you and your family than 2000 Amperes of current. ;-)
Luboš Motl v 2:40 PM
Share