The first International Women's Day was observed in the U.S. on February 28th, 1909, by a declaration of the Socialist Party of America. They wanted to remember mostly female victims of a factory fire. The following year, in 1910, the celebrations went international when they were adopted by the Second Socialist International in Copenhagen.

For obvious reasons, this holiday was quickly fading away since the late 1920s.

But it was revived by feminism in the 1960s. Going back in time, celebrations of the International Women's Day were the first rallies that ignited the October Revolution in 1917 in Russia and helped to decimate democracy in the world's largest territory for more than 70 years. Following the October Revolution, the Bolshevik Feminist Alexandra Kollontai persuaded Lenin to make it the official holiday in the USSR. So they did it but it was a working day for some time. It became a non-working day in the USSR in 1965.

In Czechoslovakia, the day would always be connected with parties of fat old obnoxious communists, both male and female ones. The latter would always include Ms Marie Kabrhelová, a de facto forced role model for the Czechoslovak women, and a top hardcore communist actress, Ms Jiřina Švorcová.

After the Velvet Revolution, the holiday would largely disappear. However, these days, it's the most celebrated women's day again, ahead of Mother's Day and the St Valentine. However, all the links to socialism and work have been forgotten. People don't celebrate it for the old reasons.

But it is the old socialist tradition - of women linked to work - that CERN wants to build upon.


Much like a century ago, the European Center for Nuclear Research is importing the idea from the U.S. Ms Pauline Gagnon from Indiana had a great idea to celebrate the accomplishments of women in this field - which are approximately one order of magnitude smaller than the accomplishment of men who don't celebrate theirs - and highlight the International Women's Day by firing as many men for one day as possible. This celebration will occur despite the fact that the holiday is not officially observed by most key EU countries. For example, it's not observed in the U.K., France, Germany, and Switzerland. 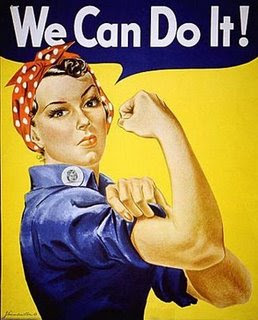 So let's hope that the collider won't be destroyed tomorrow. I don't think that the women at CERN are much worse but I do think that it may be a bad idea to reduce the pool of the experts who maintain the facility from many thousands to a random sample of 500 employees or so.


"Gender, race and religion have no part to play in finding the right person for the job."

But only some groups are allowed to celebrate their holidays, right? Imagine that CERN would declare a symmetric, analogous men's holiday when women wouldn't be allowed to come to work. That would be lots of whining, wouldn't it?
Luboš Motl v 7:45 AM
Share