Poor America, Mars not in sight

In the State of the Union address, president Obama announced that he would liquidate the Constellation Program, an ambitious Bush-era project to return Americans to the Moon by 2020, to build some bases, and to plan how to send people on Mars.

Components of the program, the new Ares rockets and the Orion capsule, would probably also die. Obama's explanation was that he would privatize the rocket industry. Commercial entities would be bringing people and gadgets on the orbit, he speculated.

The private investors may or may not succeed. But the space industry will still be missing e.g. $108 billion for the Constellation Program. Such Moon/Mars trips are unlikely to be paid by Richard Branson whose worth is $2 billion and who only plans some gliders to fly 100 km above the ground.

Neil Armstrong took the "From the New World" symphony with him to the Moon. Unfortunately, Antonín Dvořák's classical music may really create a more realistic background for the Apollo pictures than techno sounds from the future because the space research may be becoming a classic story from the history textbook rather than a set of plans and dreams that help to shape our future.

Neil Armstrong who rarely says something found it necessary to identify Obama's cuts as a "devastating" hit that will lead America's space program to a "long downhill slide to mediocrity" in a letter he sent on Tuesday: story. Most U.S. astronauts obviously share Armstrong's sentiments. So it was ironically climate skeptic Buzz Aldrin - a previous critic of Constellation - who has endorsed Obama's plans.

Obama had to notice that "we have a problem with Houston". On Thursday, during his visit to the Kennedy Space Center, he said:


The bottom line is, nobody is more committed to manned spaceflight, to human exploration of space than I am.

Well, if Obama is so maximally committed to manned space flights, then he had clearly no idea what he was doing during his State of the Union address. Because Obama suddenly claims to be dreaming about Mars, it is obvious that he doesn't know what he really wants.

Should a country whose president is "100% committed to manned spaceflight" be using rocket services of Russia, another country whose GDP is 10 times lower? Obama is a deeply confused man.

The speech is OK - but it's superficial and can't hide Obama's confusion.

While I am among those who realize that manned space flights are unnecessarily expensive - and they don't return the corresponding scientific values - they have still played a completely essential role for the public's relationship to science and technology.

People simply do care whether a human being can stand on a celestial body. And let me say, I do care about such things, too. It's a fascinating feeling. It's not quite cutting-edge science but it is an activity that makes people interested in science and that stimulates cutting-edge technology. 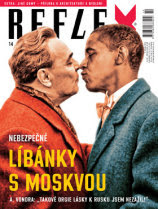 Daniel Anýž wrote an article in Czech - with the same title that I have borrowed - where he explained the psychological mixture of worries and pride that commanded Americans to compete with the Soviets in the space research. China, the potential future superpower, simply hasn't inherited this motivational role.

I would say that China is too different and Americans don't feel that they should try to compete with a nation that is so different.

One number at the end of Anýž's article is really shocking. In the 1960s, the United States paid 5% of their federal outlays to the space program; these days, the number is around 0.5%. That's the primary reason why an American is not likely to put her feet on Mars anytime soon. In the 1960s, 1/4 of Americans had no health insurance but the society still found it more important to pay 5% to the space program than to use the money to develop socialist policies of healthcare for everyone.

Well, 5% was a big fraction of the budget and you may think that the space research has never deserved that much. Except that there exist sectors of the economy that do swallow comparably huge amounts of money. I am talking about various degenerated efforts to make the economy "green" whose openly declared ultimate goal is to suppress the economic growth and progress - that's what the term "sustainability" really means. These activities never stimulate what is good inside the human beings: they always try to make the people smaller, poorer, lazier, and dumber.

The whole Constellation Program cost $108 billion only. That's the amount of money wasted for various carbon indulgences in a few months. We're gradually losing our ability to get to the space - and other crucial things - just because we don't have the courage to kick the environmentalist and similarly politically correct scumbags into their dirty buttocks.

If America and the civilized world won't manage to liquidate environmentalism and other sources of putrefaction and deliberately organized inefficiency in the society, they will continue their "long downhill slide to mediocrity" in all portions of human activity, not only in the space research.