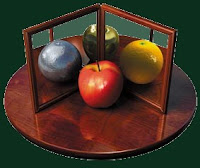 In an e-mail exchange about the consistency of the pure spinor formalism in the Minkowski spacetime - of course that it is consistent - Nathan Berkovits pointed out interesting recent papers by Martin Cederwall who has been working on similar issues mostly in silence for a decade:

Nathan Berkovits has mostly used the pure spinor machinery in the context of perturbative string theory. However, the productivity of the pure spinors has been seen in the N=4 d=4 supersymmetric Yang-Mills theory as well as the BLG/ABJM membrane mini-revolution theories, too.

Are the pure spinors useful in d=11 supergravity with the maximal amount of 32 supercharges?

It seems very likely that the answer is a resounding Yes.

Just to be sure, a pure spinor "λ" is a spinor such that the vectorial component of the tensorial object "λ squared" is equal to zero. In terms of indices,

It's pretty important that there's no complex conjugation of one "λ" in this equation. The constraint is non-linear, and so is the manifold of pure spinors. The very counting of the dimensionality of this manifold is somewhat subtle but, of course, it can be done and the space of pure spinors can often be written as a cone over a quotient of groups.


In the pure spinor formalism, these "λ" objects play the role of the generalized bc-ghosts. For some time, I misunderstood the very basic "logic" why the vectorial constraint that defines the pure spinor is so powerful in constructing supersymmetric theories so that supersymmetry is manifest - although the data clearly said that it was powerful, indeed.

Well, Nathan Berkovits has surely written it many times but I have never paid enough attention to this detail so I have forgotten it at some point. It seems to me that the crucial fact is that a fermionic operators of the kind

are naturally nilpotent - i.e. "Q^2 = 0" - if the spinor "λ" is pure - because the vectorial component of "λ squared" appears as the coefficient of the anticommutator of the two supersymmetric covariant derivatives "D^a" which are proportional to "γ_u ∂^u", as you know very well. So at least morally speaking, this operator is useful as a BRST operator.

That's cool but Cederwall wanted the interactions to work as well. Because the forms with all ghost numbers had to appear in the expansion before we isolate the physical spectrum, the formalism involving pure spinors in 11D SUGRA is inevitably a form of the BRST formalism.

It just turns out that all the dynamics in the BV formalism may be written in terms of a classical or quantum "master equation" involving the action "S". Cederwall had to learn how many singlets appear in the 23rd tensor power of the 11-dimensional pure spinors, among dozens of similarly straightforward issues ;-), but at the end, he was able to write the BV action that has all the desired properties.

It seems to reproduce the eleven-dimensional WZW term, "C3 ∧ F4 ∧ F4", and by supersymmetry - that seems to be unbroken by the objects in the pure spinor approach - all other terms of the supergravity. The action still seems to be polynomial, an unexpected feature of a theory with gravity where even simple factors such as "sqrt(det(g))" seems to be non-polynomial in the components of "g".

By a combination of very partial technical checks and sociological/psychological arguments, I am confident that he must know what he's doing and the final action he writes down has to be nontrivially correct. It's kind of shocking that such stuff can be made at all.

The resulting BV action has manifest 11D supersymmetry but it is still just SUGRA, the long-distance limit of M-theory. However, it's even more shocking that it has to have all the other properties that are known about d=11 SUGRA. For example, the quantization of the "F4" fluxes should be given by the E8 gauge theory, as argued by Diaconescu, Moore, and Witten.

So the three-form in eleven dimensions may be written - up to topologically trivial terms - as the Chern-Simons three-form constructed out of an E8 gauge field. Also, it has to be possible to present it as a cubic object in the pure spinors. These two representations of the three-form field sound as similar inventions except that the pure spinors seem to know nothing about the E8. I find it flabbergasting that all such things can hold simultaneously.

While we might dismiss the usefulness of the pure spinors in various calculations in supersymmetric theories - and the relevance of the BV formalism for similarly constrained theories - as a technicality, we don't really know whether it is a technicality. Moreover, the very same supergravity appears as the long-distance limit of Matrix theory and can also be obtained from a large N limit of the d=6 (2,0) theory, various BLG/ABJM membrane theories, and others.

We won't know whether the role of the pure spinors and the BV formalism is purely technical until we acquire a crisp and complete understanding of all the "technical" patterns and coincidences that make it work. So it's still quite plausible that it's not just a useful way to formulate theories with supersymmetry that remains manifest; the pure spinor formalism and perhaps the BV formalism may be a toy model for a complete formulation of all of M-theory.