Václav Klaus: When will the eurozone collapse? 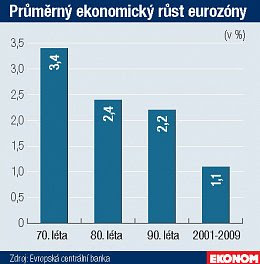 The editors of the "Ekonom" magazine invited me to answer the question above. I happily accept the offer even though I would probably prefer a somewhat less dramatic title. Even as a long-term critic of the concept of the shared European currency, I see no reason to celebrate that the situation has developed so that similar questions can be formulated at all - especially in such a sharp tone.

First, it's necessary to give at least a working definition of the verb "collapse". It's not as simple as we might think. When I speak about the eurozone, there are at least two interpretations of the word. 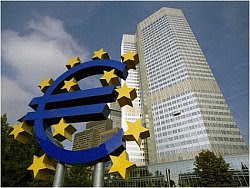 In one of them, it seems fair to say that the eurozone project i.e. the project to create a shared European currency has already collapsed a long time ago or - to be more gentle - it failed to bring the effects that were expected from it. The countries that were ready to abandon its national currencies that had been working for decades or centuries were told that the project would bring unquestionable economic advantages. Extensive - and, unfortunately, tendentious and therefore pseudoscientific - studies have been published and they were promising the new currency's contribution to an accelerated economic growth and a lower inflation rate. These studies especially emphasized that the member countries of the eurozone would be protected against unpleasant external economic perturbations - substantially more so than they have been protected in the past.


It's completely self-evident that nothing of the sort has materialized. After the birth of the eurozone, the economic growth of the eurozone has decelerated even in comparison with the previous, unspectacular decades. We have seen a new increase of the gap between this growth rate and the growth rate of other major economic centers such as the U.S., China and other countries of Southeastern Asia, various third-world countries across all continents, but also the Central and Eastern European countries outside the eurozone. 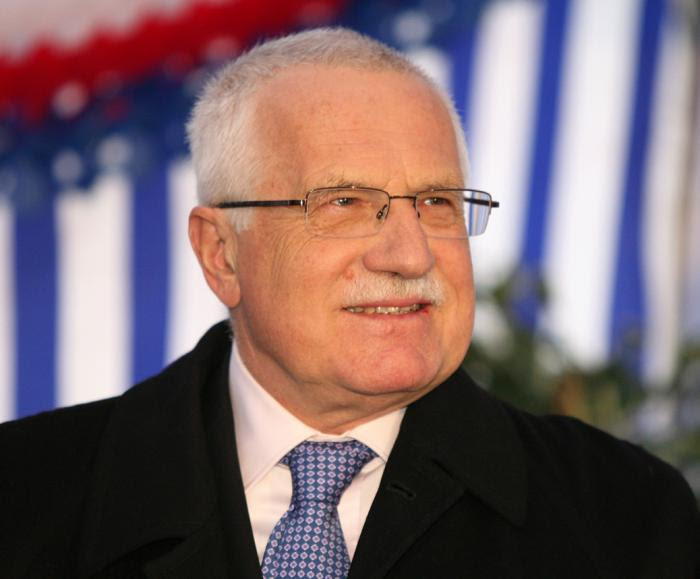 The economic growth in the current member countries of the eurozone has been slowing down since the 1950s and 1960s and the euro hasn't altered this trend in any way. According to the European Central Bank data (ECB Statistics Pocket Book, March 2010), the average annual GDP growth in these countries was 3.4% in the 1970s, 2.4% in the 1980s, 2.2% in the 1990s, and only 1.1% in the "decade of the euro", more precisely between 2001 and 2009. Such dynamics doesn't take place in other regions of the world.

The global financial and economic crisis has "only" escalated and unmasked all these problems: it hasn't caused them. It's no surprise for me. "The euro currency zone" of the present 16 European countries is currently not an "optimum currency area", which is what the elementary theorems of the economical theory demand. The fact that the birth of the eurozone was primarily a political decision, which in no way guaranteed that this whole group of countries was appropriate for the project of a shared currency, is repeatedly confirmed (most recently, in Prague in December 2009) even by a former member of the banking committee of the European Central Bank and its main economist Otmar Issing (e.g. in his book "The Birth of the Euro", Cambridge 2008). However, if the currency zone fails to be an optimum currency area, it is inevitable for the expenses to create and maintain the union to exceed the benefits caused by its continuing functioning.

It's no coincidence that I have used the words "creation" and "maintenance". Most economical pundits (and I don't even talk about the non-economical ones) have been satisfied by the ease and a superficially low price of the first step - the creation of the currency zone - and by their attitudes, they have contributed to the impression that everything is just fine. That was an obvious mistake which we - at least some of us - have been pointing out since the very beginning but nobody listened to us. I have never had a reason to question that at the very moment when the eurozone was introduced, the initial exchange rates pretty much (but certainly not 100%) reflected the economic reality that existed at that time. Nevertheless, ten years of the functioning of the eurozone has - completely inevitably - led to the divergence of the economic growth rates in individual countries and to the strengthening grip of the "strait-jacket" of the shared currency that was increasingly crushing the individual member states. When the "good weather" was prevailing (in the economic sense), no visible problem has emerged. However, when a crisis or a "bad weather" arrived, the inhomogeneity of the eurozone has revealed itself more than clearly. In this sense, I would dare to say that the eurozone that used to promise significant economic benefits has failed.

A totally different question is what is more interesting for the laymen (and politicians) rather than the economists, i.e. whether the eurozone will also collapse as an institution and whether the shared currency will be abandoned. My answer to this question is No. So much political capital has been invested to the shared European currency as a gluing element of the increasingly supernational European Union that this currency will certainly not be abolished - at least not in any future that is imaginable for me. It will continue but the price of its survival will be extremely high. It will be paid by the citizens of the eurozone (and, indirectly, some other Europeans as well - those who have kept its own currency). The price will be something that is hard to quantify from an individual perspective - namely the long-term deceleration of the economic growth which will be an obvious economic loss relatively to our growth potential as well as the development in other regions of the globe. Another price will be - a more easily visible - growth of the volume of financial transfers in between the separate eurozone member countries, flowing to the countries with the most serious economic and financial problems. The fact that the currency union is not a smooth sailing without a political union was already known to German chancellor Helmut Kohl in 1991 when he said: "The recent history, and not only the history of Germany, is teaching us that the idea to maintain the economic and currency union without a political union is an erroneous one." Unfortunately, he has slowly and partially forgotten about these words as the time was going by.

The amount of money which will be received by Greece in the foreseeable future may be divided by the population of the countries of the eurozone: each person can easily calculate his or her contribution to the aid to Greece. However, the reduced economic growth rate, which is harder to imagine for an individual, will turn out to be much more painful. Despite this conclusion, I have no doubts that there will be political reasons why this price will continue to be paid and that the citizens of the eurozone will never learn what they have paid in total. In the same way, the citizens of former West Germany will always remain ignorant about the price of the currency union called Germany after the country was re-unified and what the future costs will be because the whole price hasn't yet been paid, not even 20 years after the birth of the German currency union. (I don't want to suggest that the Germans shouldn't have paid this price.)

If I may summarize these arguments, the formal cancellation of the shared European currency is not a real threat. However, the price to preserve it will keep on increasing.

That's why we - the Czech Republic - haven't made any mistake when we decided to stay away from the eurozone so far. In this opinion, we are not alone. On April 13th, the British Financial Times have published an article written by the governor of the Polish Central Bank, Slawomir Skrzypek (I was lucky to have known him well) which was written immediately before his tragic death in the crashed Polish airplane above Smolensk. He literally wrote: "One important reason for this is that, as a non-member of the euro, Poland has been able to profit from flexibility of the zloty exchange rate in a way that has helped growth and lowered the current account deficit without importing inflation." He adds that "The decade-long story of peripheral euro members drastically losing competitiveness has been a salutary lesson." I think that this sentence needs no further clarifications.