Deserts may absorb up to 1/2 of CO2 emissions

I need to get rid of a bookmark on my toolbar. So let me make a small posting about these two papers.

A few months ago, someone (a Czech climate skeptic) sent me an interesting link to Mr Jiří Grygar's "Discovery Harvest 2008" (Žeň objevů 2008, in Czech, EN).

Every year, this astronomer and the most famous Czech science communicator presents the discoveries related to astronomy and celestial bodies from the previous year. 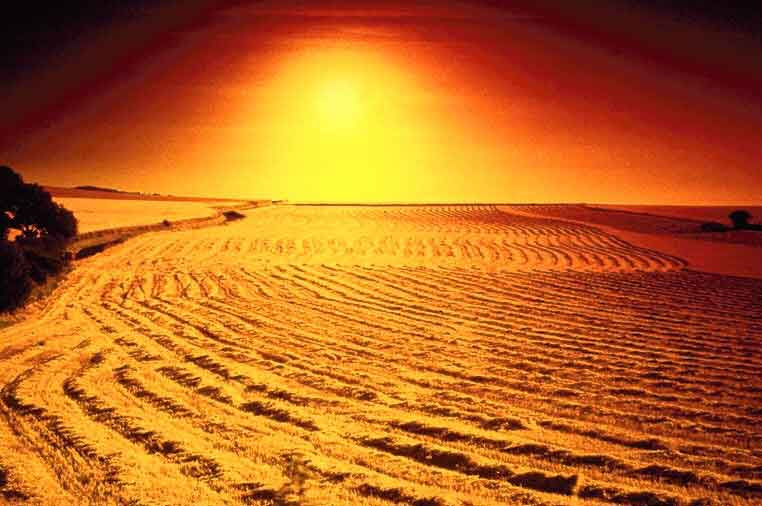 There are many interesting things over there but my source was impressed by an interesting comment about deserts.

According to two papers published in 2008,


and a similar paper by Li Yan about Gubantonggutt, a desert in Western China, described in Science, June 2008, indicated that the (alkaline) deserts absorb up to 100 grams of carbon per squared meter and year. When multiplied by the total arid and deserty area, which is about 35% of the land mass, you would conclude that the deserts absorb up to 1/2 of the fossil fuel CO2 emissions.


Of course, I think that the absorption could be even larger if the CO2 concentrations themselves would be higher. If we assume that our CO2 production per year won't change much, it seems sensible to expect that the CO2 concentration won't ever be allowed to exceed the doubled values because all the added CO2 would be absorbed by similar (enhanced) sinks.
Luboš Motl v 7:44 AM
Share