Melbourne: VIC government pays seminars how to deal with denialists

If you live in Southeastern Australia and you want to learn how to deal with the climate change denialism, the Victorian government has paid for a seminar on June 18th that you will like. 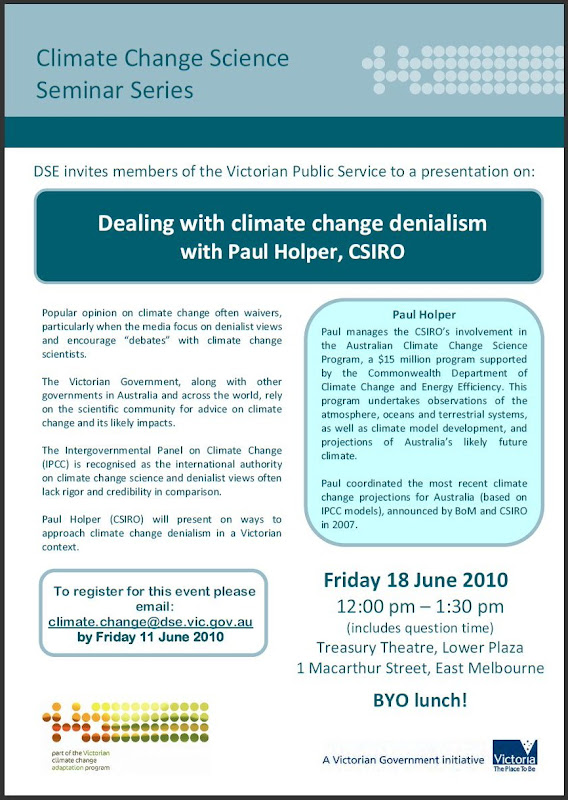 You know, and the document above confirms, popular opinion on climate change often waivers, i.e. deviates from the exact orders by the perfect communist junta.

Paul Holper, a secondary school teacher who automatically became a CSIRO communication manager focusing on an $15 million anti-denialist program because he doesn't like the denialists, will tell you what to do with these denialists.

Bring your own lunch (BYO).


Well, I don't like violence but in our Czech capital, if the officials were organizing something so corrupt and manifestly attempting to suppress the freedom of thought, we would organize a defenestration. I recommend our Australian friends to carefully think about the possibility of throwing these people from the windows because they have crossed a certain line behind which they should be left to compete with the force of gravity.

Also, I encourage the readers to participate at the event and give the somewhat excessively arrogant secondary-school teacher a proper thrashing.