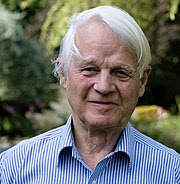 Daily Mail has printed an essay by Prof Richard Lynn introducing the readers to the IQ gap between the sexes.

He discusses how the statistics shows the 5-point difference, how it arises before the people get mature, how the men have larger brains, wider distributions, how these differences manifest themselves in various situations, awards, achievements, how Larry Summers got into trouble, and why science is about the telling the truth rather than the fashionable clichés.

Well, I haven't really learned new things from the text but it is a refreshing, well-written introduction to Lynn's discipline.


Another researcher into sexual differences is named Lynn and he just found that the magnitude of tips and size of breasts are correlated for waitresses. But it was Michael Lynn. ;-)
Luboš Motl v 4:28 PM
Share