The European Union has adopted a regulation that will ban the construction of ordinary family houses, starting from 2020. Only the so-called passive houses will be allowed: 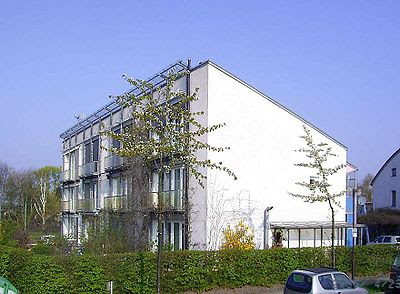 One of the first passive houses in Darmstadt, Germany. The windows are obliged to go to the South. Also, it's not a coincidence that the house is ugly: ugly and "compact" houses are more energy efficient.

A passive house is essentially an ugly cube that covers its energy needs by a perpetual motion machine or something that has the same carbon footprint. Also, it's super perfectly isolated so that the CO2 you exhale by breathing will never get out of the house. The EU apparatchiks see another advantage in the passive houses: if you fart thrice during a harsh winter, you will either suffocate or freeze which will reduce the population growth.

At this moment, there only exist 15,000 of passive houses in the world, mostly in Germany, Austria, and Scandinavia. But they should suddenly become a majority. The construction of such an inferior passive house is 10-15 percent more expensive than the construction of a proper house. So what would you expect before 2020?

Japanese passive houses use people and fridges - rather than perpetual motion machines - to heat themselves. Note that the aesthetic quality is similar to the German one.

Well, people would realize that the ordinary houses will become a scarce, limited commodity and their price will jump at least by those 10-15 percent. Correspondingly, the construction of the classical houses will increase before 2020 because the developers will be able to sell a higher number of houses in a profitable way - because the price that the buyers will be ready to pay will increase, too.


However, don't expect that the existing owners will be completely protected against the new insane policies. If they want to sell or rent their house or apartment starting from 2012, they will have to get a document about the energy efficiency of the real estate - something that costs $500 or so.

Well, if this is the only problem for the existing owners, it is negligible and nothing changes about the scenario above. If this AGW-rooted reasoning (or the lack of it) manages to survive until 2020 and the regulation will be close to its activation, people will horde classic houses because they implicitly include the permission to use heating systems as we know them today.

Everyone may expect an EU apparatchik looking into your kettle at least once every four years. 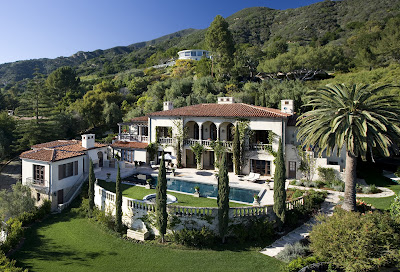 This passive house looks pretty, doesn't it? Well, please accept my apologies, but it's because it's far from being passive. Instead, it's Al Gore's new villa in California. Click the picture to zoom in.


Stop the war on land owners, home owners, and shareholders