An Exceptional sector for F-theory GUTs

Jonathan Heckman and Cumrun Vafa realize that D3-branes are frequently floating in the realistic bottom-up F-theory compactifications. They're being attracted to the loci with enhanced, exceptional symmetries. 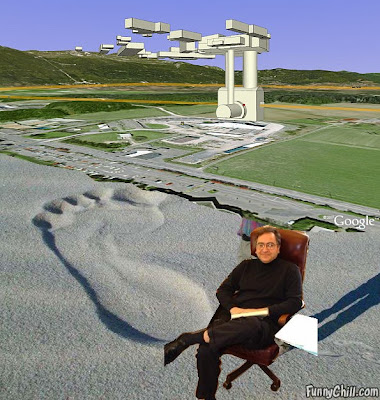 So the authors study the probe theory at these D3-branes. They're led to highly, N=2 supersymmetric theories by Minahan and Nemeschansky I, II (1996).

That's a funny outcome because those N=2 theories were originally studied for almost purely theoretical purposes. Aside from the Seiberg-Witten papers, Minahan and Nemeschansky would refer to people such as Kodaira, Hori, Eguchi, and others. They were trying to realize the elliptic curves for the Seiberg-Witten N=2 d=4 theories with E-type exceptional symmetries; recall that the D_4 theory was used by Seiberg-Witten himself in their analysis of super QCD.


It is remarkable that these theories have not only the minimal, N=1 SUSY but an extended N=2 SUSY - and this feature dares to enter phenomenology. The E_k symmetry appears as a global symmetry, a kind of symmetry rotating the flavors. From the viewpoint of the D3-brane realization, it's not hard to understand why. Brane probes typically see "external" gauge symmetries as global symmetries because the gauge bosons are already carried by "external" degrees of freedom.

Heckman and Vafa consider these new D3-brane N=2 superconformal theories as a hidden sector in phenomenology. They analyze the mutual influences between this hidden sector and the Standard Model. The N=2 hidden sector is supplemented by an extra hypermultiplet and is broken from N=2 to N=1 by the local geometry; the breaking looks explicit from the probe's viewpoint while the deformation, linked to various monodromies, is new.

And these SCFTs affect the Grand Unified Theory, too. The running coupling gets an extra contribution to the beta-function that looks like one coming from 1/10 (exactly one tenth) of a 248, a fundamental multiplet of E_8! (Well, that translates to six times that of 5 plus 5* of SU(5)...)

There is a lot of beautiful, non-perturbative, solid, holomorphic, monodromic, and melodramatic :-) (guess which adjective doesn't belong here!) mathematical structures that may be relevant for the observations because the scale where the N=2 SCFT may be restored - namely M_{CFT_slashed} which is essentially the mass of the new 3-7 strings - may even be accessible by the LHC.

Of course, the idea that both N=2 supersymmetry as well as exceptional symmetries could be directly relevant for observations at accessible energies sounds way to cool to be true - which still makes it possible for it to be true. :-) Unlike the speculations about "unparticles", this framework produces well-defined new states coming out of the new SCFT sector.

Bonus: FAQ on the LHC

The New York has answered the frequently asked questions about the Large Hadron Collider.
Luboš Motl v 8:05 AM
Share