It's very warm in Central Europe - high temperatures in Pilsen reach 35 °C - and the global mean temperatures are close to the July 2009 values which were pretty warm.

But the sea ice tells us a different story. 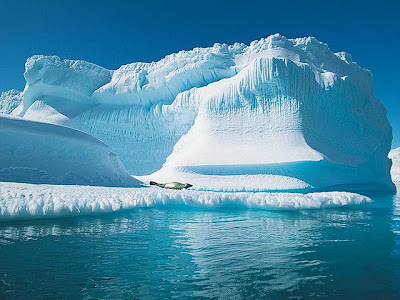 For several months, The Cryosphere Today has been showing the decline of the Arctic sea ice. Several months ago, the anomaly grew and almost reached zero but it stayed slightly negative throughout 2010 and has been dropping, reaching -1.5 million squared kilometers a week ago or so.


However, the figure has been rising since that time and the newest reading is -1.333. At any rate, the Arctic has returned to a "shortage of ice" while the Antarctic sea ice boasts the good old tendency to grow. It's currently at +1.337 - so the total global sea ice anomaly is actually positive again, despite the warm global mean temperatures.

Imagine that. Several decades of news reports about armageddon and melting ice and after 30 years, we're exactly where we were in 1980. ;-)
Luboš Motl v 10:13 PM
Share