The nearly final temperature readings of UAH AMSU for June 2010 are out and the global temperature anomaly of 0.44 °C significantly - by 0.16 °C - differs from my estimates based on a different satellite which is used by the daily UAH data. 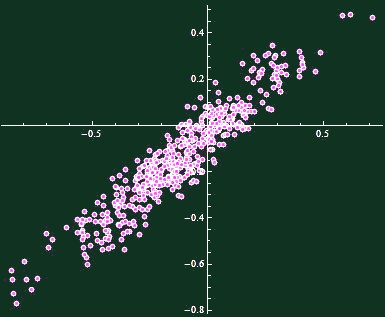 A pretty nice, straight line with a pretty nice, normal "noisy" distribution away from the line itself. Linear regression gives

Note that the slope, 0.82, is positive but smaller than one. We may say that while H2 tends to be correlated with H1, H2-H1 is actually negatively correlated with H1 itself, so H2 acts to reduce the temperature difference between two years in most cases.

Now, the individual data points deviate from the idealized line. What is the root mean square of the differences? The answer turns out to be 0.073 °C. This is the "thickness" of the line in the chart above in the y-direction.

That means that the predicted difference is 1.12 standard deviations (0.073/0.065). Use the error function, or (approximately) this graph, 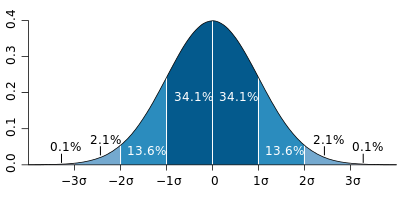 However, you may also think that the latest three months - Q2 of 2010 or April, May, June 2010 - may be better to predict the second half of the year than the whole H1 of 2010. In fact, you would be demonstrably right. If you used this algorithm and replaced H1 by Q2 in all the calculations above, the slope would become 0.81.

Bonus: No hockey stick in China

A new paper in GRL reconstructs the temperatures in various parts of China. The final charts look like this:

Michael Mann is too big a communist for China for the Chinese officials to allow his flawed ideas to distort their proxies. ;-)