String universality: there's no U(1)^496 theory 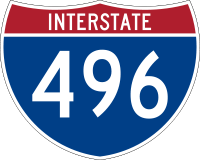 One of the preprints that I missed when we were in Nice was this work by Adams, DeWolfe, and Taylor:

String universality is the hypothesized principle that the string theoretical vacua may produce all low-energy effective field theories (except for a possible quantization of some parameters) that can't be proven inconsistent by some non-stringy techniques. If it is true, "string theory consistency" is the same thing as "consistency". String theory covers all possibilities that are worth covering - and it allows you to compute their physics without any limitations on energy or accuracy.

What about d=10? Ten-dimensional vacua can have N=1 or N=2 SUSY i.e. either 16 or 32 supercharges. Those with 32 supercharges may have either two chiral real spinors of SUSY of the same chirality - then you get the (2,0) d=10 or type IIB supergravity, realized within type IIB string theory, or (1,1) d=10 or type IIA supergravity, realized as type IIA string theory (compactification of M-theory on a circle).

The gravitating vacua with 16 supercharges also contain a gauge supermultiplet. Since the 1984 first superstring revolution by Green and Schwarz, the anomaly cancellation was known to require the gauge group to be SO(32) with 496 generators. Within a year, it was realized that there actually exists another non-Abelian 496-dimensional gauge group, E8 x E8, that also cancels all the anomalies.

Both SO(32) and E8 x E8 were realized in the heterotic string, discovered by the Princeton string quartet in 1985. Musicians can be smart, too. A hybrid of 26-dimensional strings (used for the left-moving excitations) and 10-dimensional superstrings (for the right-movers) has 16 extra left-moving coordinates. For modular invariance, they must live on an even self-dual 16-dimensional torus (R^16 divided by an even self-dual lattice) and the only two consistent solutions produce exactly the two gauge groups that may be expected from the anomaly cancellation in spacetime.

A decade later, it was realized that the SO(32) heterotic string theory is S-dual to Green and Schwarz's original type I theory with the same gauge group and open+closed strings (the strong coupling limit of one produces the other, and vice versa0; and it was realized by Hořava and Witten that the E8 x E8 heterotic theory, when sent to strong coupling, develops an 11-th dimension much like type IIA string theory does - but a dimension whose shape is a line interval in this case, or S^1/Z_2 (with two fixed points). Each boundary of the world carries a single E8 group.

In the 1987 textbook by Green, Schwarz, and Witten, it is mentioned that there are two more related gauge groups for which the anomaly may apparently be canceled:

Both have 496 generators which is the right number to cancel the gravitational anomalies from the gauginos. And the U(1)s' adjoint fields are neutral which is why they contribute no gauge anomalies. In the first example, you get no gauge anomalies at all - which can apparently be canceled - while the latter example is a "hybrid" of the first example and the E8 x E8 case in which only one E8 is replaced by the 248 U(1) groups.

No string theory has been known that would realize either of these two ugly large groups.

Now, the three authors attack this problem - that was previously studied in a paper by Tomeu Fiol - and claim that the two cases are already inconsistent at the level of supergravity. They offer the following reason: supersymmetry and anomaly cancellation impose incompatible conditions what "H_3", the gauge-invariant three-form of the B-field, should be.

because it is a part of the Green-Schwarz mechanism. Here, Y_4 is a factor in the anomaly polynomial. Because the U(1)^{496} group has no gauge anomalies (the left-right-asymmetric gauginos are neutral under the gauge group), both Y_4 and X_8, the two factors, have to be independent of the U(1)^{496} field strengths. So Y_4 should contain none of it. Consequently, using the equation above, there should be no U(1)^{496} field strength in H_3, either.

The case of U(1)^248 x E8 is a compromise between U(1)^496 and E8 x E8, with the problems appearing because of the U(1)'s. Fine, so H_3 should have no U(1) field strengths because of anomaly cancellation. However, supersymmetry requires that the Abelian U(1) Chern-Simons terms must be included in H_3. Bergshoeff et al. found out that

and the Abelian Chern-Simons forms have to be a part of the gauge-invariant field strength. So you can't define any H_3 that would satisfy both constraints - U(1) CS included or not - and there's no consistent anomaly-free yet supersymmetric SUGRA+Super-Yang-Mills coupled system with the two contrived gauge groups.

It's conceivable that the string universality principle continues to lower dimensions; one could summarize the situation by Polchinski's dictum that "all good ideas are parts of string theory." In this case, we want to talk about specific theories, not just some vague general ideas.

The theories discussed above have the same moduli spaces in SUGRA+SYM as well as string theory. In this case, it's the 10-dimensional dilaton. Once you break SUSY, and maybe - for some theories - even before you break SUSY, this aspect gets modified. It's pretty clear that there will be quantization rules predicted by the (discrete) set of stringy vacua that could be hard to derive within effective field theory - where all the couplings are typically continuously adjustable (which can't be always true in string theory because string theory actually predicts all parameters of the stabilized vacua).

Of course, given all this evidence, I do think that string theory is kind of inevitable. As we understand physics of all the vacua in more detail, we are getting increasingly familiar with the inner workings and the consistency criteria and we can formulate them in "non-stringy ways", too. At the very end, we will understand why all of string theory is inevitable - why all of it follows from the consistency requirements restricting quantum theories of gravity.

So far, this conclusion is a part of some "instinct": all meaningful quantum gravitational theories (at least the highly supersymmetric ones) were found somewhere in string theory while no other completion has been found. And string theory, as we understand it today, does seem to cover the whole diversity of the qualitatively distinct low-energy limits.

However, we still need to understand "why" this a priori miraculous conclusion holds; "why" consistency implies string theory and what it exactly means.
Luboš Motl v 8:43 AM
Share