Some media have reported the results of a "research" by Amy Bug. Phys Org, Scientific American, and - sadly - even Physics World have equipped their articles with dramatic and suggestive headlines: 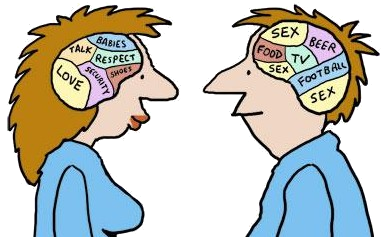 The conclusion of Ms Bug and her journalistic collaborators is that the male students are sexist pigs who should be vaginized.

It's remarkable that she doesn't even dare to consider the correct explanation - namely one that the data she has collected are actually real rather than sequences of errors of measurements or results of a world-wide conspiracy. Men are statistically better physicists, better physics teachers, better actors, and - yes - better judges of the quality of their teachers, too - and her research is just another way to see that it is so.


It would be a huge sin for Ms Bug to admit that there could be a bug in her explanation and to consider this more sensible explanation at all, wouldn't it?

If she happened to obtain the data that the actresses got better rankings, she would have interpreted the data as a confirmation of the "sexist biases" as well. She would argue that her experiments show that there's no real difference and all the differences in the real world have to be due to sexism. Her colleagues are publishing similar "research" all the time, too.

Researchers such as Ms Bug lack basic human honesty. And allowing this ideological garbage to be presented as research is a classical case of PC run amok. Shame on you, Scientific American and others.
Luboš Motl v 8:05 AM
Share