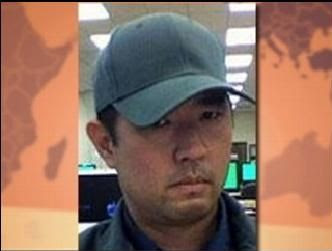 James Lee was a typical environmentalist. His opinions were indistinguishable from those of e.g. Alexander Ač and millions of others. Here are his eleven demands from a TV station:


He chose to hate the Discovery Channel because it is arguably one of the last TV stations where positive excitement and love for Nature, science, and technology beats mindless fearmongering. How did Mr Lee want to change the programming schedule of the station?

The Discovery Channel must broadcast programs to fight global warming and help to stop the birth of new humans instead of programs supporting birth (I suppose that his term "parasitic infants" refers to all babies).

The civilization must be presented as the filth it is. The Asian American has also demanded that programs must be developed to stop all immigration to the U.S. The goal of additional programs would be to dismantle the U.S. economy and to promote the Malthusian ideology.


Nothing surprising over there. It's the same rubbish that you have heard hundreds of times from the likes of James Hansen. On his MySpace page, myspace.com/worldguardian (now deleted), James Lee has also stated that it's time for him to "do something about it".


James Lee finally grabbed some weapons and went to hold 3 TV employees of the headquarters of DC in D.C. as hostages. Despite being the guardian of the world, he was dealt with in the obviously sensible way. Good bye, green whacko. The Reference Frame recommends Alexander Ač to avoid the building of Markíza TV in Bratislava today because many of us like you. ;-)

On the other hand, it may be a good idea for the tons of Al Gores of the world to go to their local TV stations and try to hold some hostages.

Thanks to Jaynie B. for the tip.

Bloodhound Gang - The Bad Touch. A savior of the world didn't prevent the Discovery Channel from broadcasting programs about reproduction. So it's time to celebrate although the song may be a little bit filthy. ;-)
Luboš Motl v 7:07 AM
Share