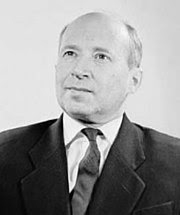 Israeil Moisiyovich Gel'fand was born into a Jewish family in Okny, later Communist Crimson Okny, a small town in the Kherson Gubernia of the Russian empire, on September 2nd, 1913 (new calendar).

He became one of the greatest Soviet mathematicians, with lots of representations, constructions, dimensions, definitions, functors, patterns, integrals, theories, equations, and conjectures named after him, among other things such as nonperturbative methods used by physicists.

This won't be a full biography and you will have to find better sources. But I just want to mention how small the world is. In 1995, we completed our Czech textbook on linear algebra, Gardener+Motl: We Grow Linear Algebra, with my (later) undergraduate advisor Miloš Zahradník ("Zahradník" means "Gardener" in Czech).

Because Gelfand also wrote a textbook on linear algebra in 1966, we cited him and his constructions at several places. Gelfand had also emigrated into the U.S. in 1989 - a pretty ironic year for emmigration from the socialist bloc (the date of the fall of communism), especially because he was 76. ;-) After a year at Harvard and MIT, he placed himself at the Busch Campus of Rutgers University in Piscataway, New Jersey.


Well, it just happened that I came to the very same Busch Campus of Rutgers University in Piscataway, New Jersey, in 1997. So I could also attend some legendary Gelfand seminars in the math building that is adjacent to the physics department, too. These were the same seminars that were somewhat religiously mentioned in our textbook (by Miloš).

And in 2000, I had to spend a few hours in a hospital, probably somewhere in Somerville (although my doctor was in Highland Park) - I forgot the exact name but it was a pretty religious place - because right after I arrived from Czechia, some Campylobacter jejuni individuals have poisoned my digestive system.

Sadly enough, Gelfand kind of followed my example in this case. He died in a hospital in Highland Park, New Jersey in October 2009, less than a year ago.

The geography of New Jersey and Massachusetts is kind of confusingly isomorphic. As I have mentioned, the Campylobacter hospital was in Somerville. It's in Somerset County but Somerville (or at least nearby Somerset) is directly adjacent to Piscataway. However, Piscataway Township where the Busch Campus is formally located - including our dorms - is in Middlesex County.

Needless to say, in 2001, I moved to Cambridge, Massachusetts, which is "also" located in Middlesex County, just like my previous home (and workplace). And the town next to my new home - very close to my apartment - was "still" called Somerville, as many of you know very well. ;-) 350 kilometers of separation didn't play any role. Couldn't the Americans have invented better words instead of naming all counties after hermaphrodites and all adjacent cities after summer villages?

These words were sometimes enough for me to confuse places in New Jersey and places in Massachusetts, not to mention the years before September 2001 and after September 2001 (recall that my PhD defense, which is a fair middle date of moving, took place on September 11th, 2001 at 9:30 am in New Jersey, 50 miles from the World Trade Center).
Luboš Motl v 9:00 AM
Share