Klaus: I am increasingly convinced that freedom, not climate, is threatened

Translated from Parliamentary letters and klaus.cz 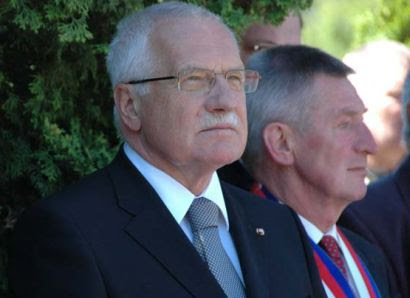 (In the U.S., the book was published under the title Blue Planet in Green Shackles.)

It has been more than three years since the first edition - and in this era, we are almost obliged to call it a "paper edition" - of this book. Three years is a relatively long time in the age of accelerated communication and floods of information. The global warming debate has witnessed many events as well. However, we must sadly notice that the media and the political sphere have remained largely untouched. Day after day, new articles, studies, and books uncovering the indefensibility and unsustainability of the global warming doctrine - which blames Man and his burning of the fossil fuels for the moderate warming - are being published across the world. These texts prove that the policies recommending the mankind to fight the climate that are promoted by the environmentalists are unnecessary and nonsensical.

In spite of that, the doctrine continues its victorious march through the world because some of its champions are powerful. The politicians have discovered its highly promising political charge - which they believed to be real and, paradoxically, it turns out to be real - and they began to believe that the doctrine earns new voters for them. Many businessmen have understood that the doctrine allows them to escape from the stringent rules of the markets and to beg for generous subsidies from the government. Intellectuals, journalists, and socialists of all flavors have been given new and powerful arguments for their eternal struggle against the human freedom, the free markets, and capitalism.


However, we have gained new supporters as well - especially among the average people who are beginning to increasingly understand what is at stake. The number of scientists who have emerged from the seclusion of scientific journals and who began to participate in the discussions about this topic has increased. In recent months, we may notice especially books by two Australians - Ian Plimer's "Heaven and Earth: Global Warming, the Missing Science" (Connor Court Publishing, 2009), and Robert M. Carter's "Climate: the Counter Consensus" (Stacey International, 2010).

Even I have used the three years from the first edition to learn many more things about this discipline. The original 10-page list of references could easily be expanded by a significant factor. However, even if I were attempting to rewrite the book from scratch, I wouldn't make any qualitative change in it. The book has already been translated to sixteen languages. In 2010, the list of languages was joined by Danish, Arabic, Japanese, and Montenegro's language (which I would dare to identify with the former Serbo-Croatian language).

I have written many articles and gave numerous talks and speeches in many countries of the world. Most of them have been published, too. The last two ones were "Global Warming Alarmism is a Grave Threat to Our Liberty" in Palm Beach, Florida (March 2010) and "The Climate Change (Or Global Warming) Doctrine is Part of Environmentalism, Not of Science" in London (October 2009). All these texts are also available in various languages at www.klaus.cz.

The subtitle of my book reads: "What Is Threatened: Climate, Or Freedom?" I am getting increasingly convinced that the answer is freedom, not the climate. I do believe the climatologists who argue that the "current climate is essentially identical to that of the last 10,000 years", or, in other words, "the recent moderate global warming doesn't differ from the natural variability observed in the last 10,000 years" (Garth Paltridge, the director of the Institute for Antarctica and Southern Seas on the University of Tasmania). I perceive the threat for human freedom to be stronger than ever.

Another statement appears increasingly often in my speeches: just like the freedom, the mankind's prosperity is in danger, too. That shouldn't be surprising because freedom and prosperity are communicating vessels. One is impossible without the other. The environmentalist attitudes we encounter these days, and the economic policies that follow from them, are attacks against both values, especially in the poorer countries. In those places, hundreds of millions of people are at risk that these policies will keep their lives at a "subsistence level" for decades to come.

I am happy that Dokořán, the publisher, allowed me to publish an e-version of my book. It is a new experience for an essentially old-fashioned man such as myself.


On September 24th, Dr Klaus will give his talk at Cornell University where he studied decades ago. 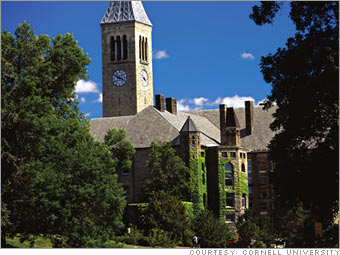