Pilsen will be the EU culture capital for 2015

Ten seconds ago, some EU officials have just chosen my hometown of Plzeň to be the 2015 European capital of culture. Our goal will be to act as a role model for the other, younger European cultural wannabe towns and villages, such as Paris and London, so that they know what they have to do to become cultural cities sometime in the future as well. :-) 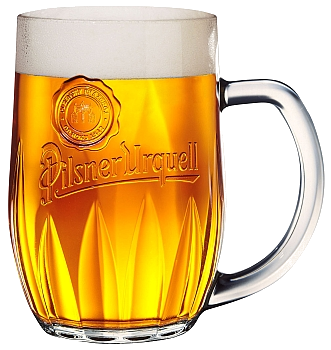 Obviously, Plzeň - despite being an industrial city - has a much more cultural historical background than Ostrava which is usually thought of as a dirty city of miners and steel workers - although it has gotten prettier, too.

However, I am still surprised by the choice, especially because the bulk of the Czech "cultural front", starting from ex-president Havel, has rooted for Ostrava; their support was partially explained by compassion (Ostrava has only received lots of natural resources and billions of dollars in subsidies every year, so there's much room for displaced compassion here).

Obviously, most of the nationwide polls on the Internet were won by Ostrava, too - approximately by the ratio equal to the ratio of Ostrava's and Pilsen's populations haha. ;-)

The difference in votes was just one (6-to-5). But the Pope has already blessed Pilsen with its conservative reputation: see Earth Times. The EU leaders haven't yet done the same thing.

The Pope's enthusiasm can't be surprising. During the Hussite wars, Pilsen was a Catholic stronghold. We have also stolen the precious camel from the Hussites; it became a part of our heraldry. However, Pilsen has been loyal in other periods, too. During the socialism, the whole Western Bohemian region was a "strong wall protecting socialism and peace" on many billboards. ;-)


For Havel, such a negative attitude to Plzeň is surprising because he has lived here for a pretty long time (years?) and his accommodation in Plzeň has helped him to make his future presidency more dramatic. Yes, he has lived in the Pilsner prison at Bory. ;-)

By the way, in 1993, near the Bory prison, an entrepreneur Mr Štefan Janda was shot dead, together with his bodyguard, Mr Julián Pokoš. A famous prisoner Mr Jiří Kajínek was sentenced to a life in prison for this murder. However, Kajínek has not only claimed that he was innocent but he also managed to escape from another prison, in Mírov, which is the most hermetically protected prison in the country.

To make things even more dramatic, the majority of the nation is now convinced - after some suggestive "investigative" TV programs - that Kajínek is innocent, indeed. (I am probably not in this majority although I am not convinced about his guilt, either.) So a new movie about this murderer or hero was recently shot. It's just being shown in the movie theaters and it has already become one of the most successful Czech movies ever. Kajínek himself likes the movie, too. It's so romantic, he says.

The Bory prison in Plzeň

Because the murder occurred in Plzeň, you may see that our hometown has contributed to the Czech culture in this way, too. ;-)

Financially speaking, the victory is plain negligible. Plzeň will receive something like 1.5 million euros - i.e. the price of the controversial modern fountains the city just built plus the price of Entropa; see below. But when it comes to feelings, the victory is probably much more important.

In order to win, Plzeň had organized lots of cultural events which were kind of fun (and Ostrava has probably done the same thing). One of the newest acts - that occurred two days ago - was the transfer of the controversial Entropa sculpture, a symbol of the Czech EU presidency that was celebrating the European entropy and diversity, from Brussels to the science and technology museum "Techmania" in Pilsen, its new permanent home that has bought the structure for $400,000. Of course, unlike the Belgian sourballs, Pilsner wise guys are not censoring any parts of Entropa, not even the Turkish squat toilet that represents Bulgaria in the EU. ;-)