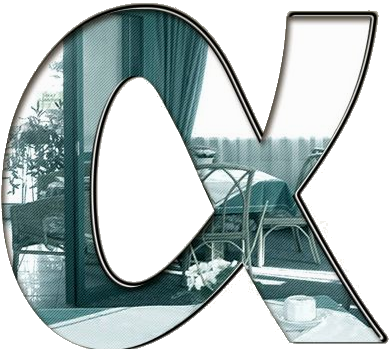 Lots of media, including The Economist, Nude Socialist, Physics World, USA Today, Popular Science, MIT physics arXiv blog, and others are trying to put their weight behind a new preprint,


Evidence for spatial variation of the fine structure constant

The authors claim to have measured the fine-structure constant, alpha (which is the squared elementary electric charge in the natural hbar=c=1 units and which is numerically equal to 1/137.036 or so), from quasars in various directions of the skies. And their conclusion is that alpha is decreasing with time in average, especially in directions aligned with a dipole. You are told to trust them that these findings represent a strong piece of 4-sigma evidence that the laws of physics are variable across the Cosmos.

Do I believe the paper?

The short answer is No.

First of all, they have published very similar papers e.g. in 2003 whose conclusion was seemingly similar. However, in 2003, they were even more self-confident (5 sigma) that the fine-structure constant was actually increasing with time, and that no spatial dependence existed.


So they have reverted both main "detailed" points - the sign of the claimed change and the existence of its spatial dependence.

Moreover, the new 5-paper paper looks much worse to me than the paper in 2003. The new paper tries to hide the detailed methodology how the fine-structure constant was being calculated. I can't get rid of the feeling that they actually don't want the reader to understand what was exactly done; they want him to trust them that they're experts and they know what they're doing.

Given the fact that they have reached the exactly opposite results relatively to what they did 7 years ago, I happen to think that they do not quite know what they are doing. This is not a point to be ashamed of: the analysis of the spectral lines is just damn difficult, complex - and many effects may be shifting them in different directions.

The overall redshift is one thing but there can be relative motion between sources that emit (primarily) different kinds of lines, and this may be what they're measuring. I just don't see that all these obvious points are properly addressed in the paper.

In some sense, their result seems to be predetermined. They apparently want to produce papers that claim that the universal constants are changing. They don't seem to care much in what direction they're changing and what is the numerical rate - this number is not written in the abstract and it is actually extremely nontrivial to reconstruct this number even from the reading of the whole paper!

But they apparently "know" that it should be changing. The similarity with the IPCC's predetermined conclusion that the mankind is "brutally changing the climate" can't be overlooked.

Also, they use complicated methodology applied to complicated lines that is apparently above their abilities to deal with it reliably: they have obtained contradictory results from the very same method. In this case, I can't fail to see a similarity with the Principal Component Analysis (PCA) that Michael Mann used when he was building his infamous hockey stick graphs. Whether the methodology was used by a mistake or deliberately, it's flawed.

From a broader theoretical perspective, I find it extremely unlikely that alpha has measurably changed since the age of quasars. If alpha were changing as a power law or another simple function of the age of the Universe, it's pretty clear that the overall change would be gigantic and such a possibility is ruled out. So only "unnaturally slow" change is possible on empirical grounds.

However, it's very difficult to invent any sensible model or a rational reason why alpha should be changing that slowly. Such a change of local physics would pretty much require alpha to be an extremely light or massless scalar field - but such a field would be likely to produce new long-range forces that seem to be excluded as well unless you try to hide them by additional unnatural suppression by the low coefficients.

Arbitrarily weak standards seem to be enough in this enterprise. Couldn't we please simply wait before someone finds a 10-sigma evidence for such a change and he can present all the evidence in a single paper, instead of giving the reader mysterious links to some unavailable material and/or previous papers from 2003 that led to radically different outcomes?

In fact, as I have explained many times in the past, 3-sigma and even 4-sigma are likely to be wrong. It is pretty unlikely that the available evidence ends up being a 2-sigma, 3-sigma, or 4-sigma evidence. Such an outcome is only possible if the signal/noise ratio is of order one.

But the signal/noise ratio for such abstract quantities - such as the time-variation of alpha - may a priori differ by dozens of orders of magnitude. So it is much more likely that the effect can't be seen at all or that it can be seen very easily or accurately. The option that the effect may be just "barely seen" is simply unlikely and it is much more likely that such low-confidence signals result from noise and mistakes.

Moreover, if they have already claimed a 5-sigma result in 2003, one might expect that the technology has improved - when it comes to the accuracy etc. - and they could claim a 10-sigma signal in 2010. Instead, they claim a 4-sigma result. Believe me, if you assume that no major mistakes have been made, it is a very unlikely fate of a 5-sigma signal after 7 additional years of work, especially if the sign of the spatially averaged change has flipped. ;-)

Of course, you may say that the inconsistency only means that they have done some mistakes in 2003 and these mistakes have been fixed. However, that's exactly the impression I do not have if I compare the papers from 2003 and from 2010. They seem to be doing the very same thing and the rate of "improvements" and "regressions" seem to be pretty balanced. So the true answer for the rate "d alpha/dt" is probably somewhere in between the rates claimed in the papers of 2003 and 2010 - namely zero. ;-)

So kindly let me ignore this paper and be convinced that alpha is almost certainly constant and that the journalists are just hunting for the least justified claim - which is what they seem to be doing most of the time.

"The changing laws of physics" seem to be an obsession of many researchers and journalists. See our TRF 2006 comments about the very same issue but based on other experimenters' work.
Luboš Motl v 4:23 PM
Share