APS thinks that Tawanda may teach physics to Hal Lewis

A few days ago, Harold Lewis wrote a very thoughtful resignation letter to the current chairman of the American Physical Society, Curtis Callan.

In the letter, he has recalled some better times when the American Physical Society actually allowed and encouraged the physicists to use their expertise, creativity, honesty, and intelligence to discuss important matters related to science.

The current APS is very different. Most people in its leadership are corrupt and they deliberately try to suppress any debate about questions that would be financially or "socially" harmful to these individuals - and global warming has become a key topic of this kind.

Yesterday, the APS has answered to Dr Hal Lewis in a way that I consider breathtakingly arrogant and dishonest.

First of all, the answer to the important letter by a serious scientist was apparently composed by a secretary, a bureaucrat called Tawanda Johnson. Or is it a coincidence that she is signed under the reply and that the quality of the text suggests that indeed, no scientist was involved?


Needless to say, she has no clue about science or research and it is self-evident that she is employed just and purely for the money.

After all, the record shows that she has never cared about anything linked to the scientific truth in her life. Her knowledge of physics is closer to the knowledge of an average dog than the knowledge of Dr Hal Lewis and, as three APS members at Anthony Watts' blog analyze in detail, her letter is a continuous stream of lies. 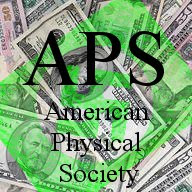 Nevertheless, the APS chairman has to think that such a bureaucrat has the credentials to reply to serious letters such as the letter from Dr Hal Lewis. I suppose that in between the lines, it's being assumed that no one will dare to question the credentials of this official to answer to similar correspondence.

Are you serious, Mr Callan, that instead of your own reply to Dr Lewis' points, letters such as Dr Lewis' ones should be "taken care of" by random employees who have nothing to do with science? In an intimidating bureaucratic tone, she is just summarizing some conclusions reached by similarly mindless and incompetent women - and men - in the past. Is this how you imagine scientific debates? Is this how you want the "scientific consensus" to be achieved?

After all, she is both female and black, so who could dare to suggest that she is just a hired gun with no comparative advantages who would have no business to be a relevant part of any serious scientific institution under any normal circumstances? Well, I will surely do that: this woman should be at most a janitor in APS, not a person whose reply is considered "enough" to "neutralize" important messages about the very structure of the APS such as the letter from Dr Lewis. And if you have approved this reply, Mr Callan, I am deeply disgusted by your immoral methods. You just suck.

All of us know why you couldn't have written your own reply: you wouldn't be able to formulate a single sentence that makes any sense because you have been drowning in the liquid excrements of randomly mutated lies for years - and for nearly a year as a chairman. After all, Dr Lewis' letter is completely true yet inconvenient and it would be impossible for you to deny a single letter he wrote. So instead, you tell your bodyguard to deal with the problems - and her answer is good enough for a bodyguard, isn't it?

To make things worse, the dishonest letter is full of the old clichés but also some of the newest kitsch. For example, it says that what is uncertain is just the extent of "climatic disruptions". Clearly, Ms Tawanda is parroting a new idiotic terminology coined by a champion of the state-sponsored mass vasectomy, Mr John Holdren, to mislead the people into thinking that the structure of unusual climatic events has been changing in a uniform direction - and it has surely not.

There has been no "climatic disruption" so the APS cannot possibly be "uncertain" about its extent. The sentence makes no sense.

The worst type of propagandistic garbage is being literally promoted to be a part of texts that are officially being written on behalf of the American Physical Society, the society officially representing a big part of the physics community in the most important country of the world, in science and otherwise. The consensus boils down to similar Tawandas Johnsons - thousands of random, uneducated, yet aggressive Tawandas at every place you may think of. They have no clue but they have completely contaminated the scientific discourse. The political correctness can't hurt, can it? Well, you can see that it can. Real physicists simply suffer when trying to co-exist with this corrupt stuff that shouldn't be in the discipline at all.

It just makes me vomit. Mr Callan, you are now on par with the representatives of the Aryan Physics or any other totalitarian arrangement in the history that was suppressing proper scientific etiquette within the national scientific communities.
Luboš Motl v 9:30 PM
Share