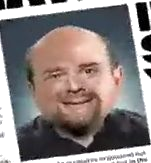 You may think that science is independent of politics. Therefore, I or my colleagues shouldn't tell you whom you should vote for. But my scientific discipline is different. It has grown into a great business. The funding has grown from $200 million fifteen years ago to $2-3 billion today: the increase can be attributed solely to the great idea of mine and others that our planet is in danger. And this business depends on a particular breed of politicians who must stay in power.

Chances are that your friends or even your relatives depend on this funding, too. Everything has worked for years but now we have a problem, Houston. We need your vote. Please feel no pressure. It's your choice. But be sure to avoid the tickets with the names below or else...


In particular, Rep. Darrell Issa (a reactionary of California) announced that he wants to investigate the flows and influences in the climate science. As I suggested above, this is the last thing we need. He may even look at the leaked East Anglia e-mails again. So it is necessary to get rid of this inconvenient politician. There are others who are equally threatening and who have to be dealt with in the same way by the people who are with us. Rep. James Sensenbrenner (a reactionary of Wisconsin) may look into our business if he takes over the climate change committee. As you understand, we need to get rid of this bastard because it's clear that they would find many more details about our methods than what has been revealed by the stolen East Anglia e-mails. You know, we were not terribly careful.

Things looked promising for a while. We still control most of the officials at Penn State University. Some of us actually still believe what we're saying about the climate: we're progressives just like they are, so we must be right, they say. In their whitewash, they wrote whatever we told them was necessary for the survival of our organization and the tens of thousands of jobs that depend on it. We called all our friends and we managed to organize five more whitewashes in the U.S. and the U.K. Unfortunately, we don't control everyone yet so we need you to help us to get rid of the remaining inconvenient people in politics and those who vote for them - hopefully forever. What can you do to reduce their number by 10 percent? Feel no pressure...

By now, you should have understood that it is unacceptable for the well-being of me and your friends to investigate people who are as important for the organization as myself. Virginia Attorney General Ken Cuccinelli is one of the culprits. It is clearly impossible for the attorney generals to investigate people who will be as crucial in the emerging regime we are planning as myself. Just in the grants investigated by Cuccinelli, I have received $485,000. Be sure that I would be eager to press a button to get rid of a few undesirable people for 1/100 of this amount. I have fooled many people for a few years, so I simply deserve the money and no one will take them away from me. Other people may earn the same or bigger money if they fool others for many more years. We're inheriting the golden tools from one generation to another generation as our business keeps on going. To stop all the inconvenient work of lawyers, attorneys, and everyone else, we need to substitute our people to all the important offices in the country, and eliminate everyone who doesn't agree. We deserve to be in charge of the world forever because there is a scientific consensus. To say the least, we guaranteed in 1999 that most people in the discipline would subscribe to the hockey stick. That was a fantastic success that has made me infallible and that has brought the right for permanent power and infallibility for all of us. Whatever happened later is irrelevant and should be erased from the history and from science.

What could Issa, Sensenbrenner and Cuccinelli possibly think they might uncover now, a year after the e-mails were published and when pretty much everyone knows that we're a clique of corrupt crooks, liars, and bullies?

The truth is that they don't need to expect anything. Everyone knows what they would find. They would have found similar things if they did the investigation at any moment in the recent 20 years and these things are much more colorful than the diluted glimpse into the inner workings of our organization that has made it to the East Anglia e-mails. I am actually scared to hell even though there's nothing really new. We have only increased the intensity of our methods but the essence hasn't changed. Clearly, distortion of data, blackmailing, control over activist groups, and bullying has been needed pretty much at every moment. The upcoming elections are a genuine threat for our interests that could lead to a catastrophe as dramatic as the fall of the Soviet Union. Please, don't worry whether you look like a killer. Just go after the neck of all the inconvenient people. They have to be stopped.

Let me tell you a few more names whose carriers you should neutralize. The list includes Rep. Joe Barton (reactionary of Texas) who has been blacklisted at least since 2005. We can provide you with a list of local names so that you can make the dirty work in your town, too. Former Rep. Sherwood Boehlert (R-N.Y.) has done some fine work against Rep. Joe Barton but it was not enough. We need much more of that - a genuine night of broken glass.

We need to link the deluded defenders of apolitical science to tobacco, lung cancer, destruction of forests, and skin cancer caused by the UV rays. You need to repeat the word "denier" as many times as your voice is capable to. Please distribute as many lies and dirt about the inconvenient people as you can. Check my own articles (or realclimate.org) which may serve as a template how to do this propaganda. There are still people who will buy it: at least you have to believe this assumption all the time. Note that the very survival of the organization whom we're grateful for our well-being and power is at stake.

You should also continue to scare all your family members, friends, colleagues, and neighbors. Tell them that the very existence of carbon dioxide threatens the life on Earth. I am repeating these things all the time. Please don't worry whether these things are accurate or true: you are not obliged to pursue "excellence" in science. You are obliged to help us and, as you know, the irrational fear is our only ally. You have to find the right compromise between the truth and our interests and be sure that the latter has to win. Everyone else is our enemy. The list of our enemies includes all the G.O.P. Senate candidates as well as Spring, Summer, Fall, and Winter. Tell everyone that CO2 produces drought, melting glaciers, raising sea levels, birth defects, dead polar bears, or anything that people don't like. We need ten times more lies than ever before, otherwise we may lose the final battle. Be hysterical just like I am. You have to be. Create movies with as many detonating children as you can find. Panic has become crucial because we're in real trouble now. If we're killing people on the screen and writing incoherent Stalinist diatribes in the Washington Post, maybe our Deity will feel some compassion and She will bring a catastrophe on Earth that will bring us victory because everyone will believe that a catastrophe has to be caused by SUVs. What else could it be? The only other thing besides SUVs that drives the climate is my hockey stick and it is rock solid. Believe me or else...

Simply do everything to save our sinking ship. Drink the ocean, talk about the neighbors' bastards, how they're threatened, and how you care about them, even though you would prefer to detonate them by pressing a single button. Even when all the people will understand that it makes no sense to try to engineer the concentration of carbon dioxide in the atmosphere, we must still make our jobs look essential for the society. We need to say that we know something about adaptation and our services will be needed. Think twice: billions of dollars a year are at stake. We need to fill government offices at all levels with people who will do anything we will tell them to do, otherwise our financial safety will remain threatened. And we need to make sure that we don't face the same fear in 2012, 2014, 2016, or any other even year. This insanity called "democracy" has to stop. In 2012, I don't want to vomit from a repeated fear that someone will look how I earned my millions of bucks. And there are tens of thousands of people who feel the same as I do.

Only people who are willing to uncritically support our opinions about all major issues - and parrot even that an SUV melts ice sheets on Mars, to prove that they're truly faithful to our consensus science - should be allowed to debate others or run for offices in the future. Whoever would endanger our funding has to be removed from the debate. Only in this way, we can achieve policymaking that will be good for our well-being.

So any questioning of science has to stop. It has to be understood that science is a process in which I, Gavin Schmidt, James Hansen, and a few others from a list I can send you dictate what is allowed to be said. And everyone else should be dealt with no pressure, but resolutely enough. This is the kind of 21st century science that we need to survive. Politicians' goal is to guarantee that no one dares to disagree.

How can I assure young researchers that they will be getting millions of dollars throughout their lives, just for writing cheap random diatribes about cockroaches or anything else with a flavor of fear, just like I have promised them just a few years ago? The only way to keep this promise is to get rid of all the inconvenient people in politics and, indeed, the mechanisms that allow the inconvenient people to be ever elected again. We need a stable system where the ruling group will never change again. Otherwise, you may be certain that even the people who are most closely affiliated with our organizations may be investigated by court, the Congress, and others. That's something we can't allow to happen.

In the past, America has led the world to the path of scientific and technological progress for decades. It has benefited our culture, economy, and knowledge of the world. Now it's time to change the path and promote America to the leader of the reduction of mankind in which I and my colleagues will eternally play the role of the genuine de facto leaders. Times are bad. We need to harass and blackmail others if we don't want our plans to turn into transient fads that will disappear within two months.

We must be ready to fight against any attempts to verify any of our statements and all attempts to look at the big claims with a critical eye. Independently thinking people and the verification of essential tenets of our ideologies are clearly the last things we can afford. On the contrary, unthinking politicians who just parrot whatever we need are our greatest friends. They have always been helping us just like we have always been helping them. Please, do everything to save our sinking ship.