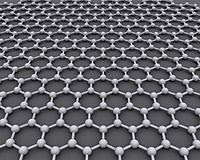 The 2010 physics Nobel prize has been awarded to


for their groundbreaking 2004 experimental discovery of graphene, the one-atom-thick planar hexagonal sheet of carbon atoms - or a two-dimensional material, if you wish. The distance between the adjacent carbon atoms (i.e. the side of the hexagon) is 0.142 nm.

If you think that Geim looks very young, then notice that Novoselov was his graduate student when they did the key work. ;-)


It's not a real surprise and in my opinion, it is a good choice, too. More precisely, it is an excellent choice, especially if you appreciate that e.g. Andrew Revkin proposed the name of James Hansen just a few hours ago. With a winner like Hansen, Alfred Nobel would instantly detonate the credibility of the physics prize with his own dynamite, by pressing Richard Curtis' red button.

If you remember all TRF blog entries, they have been speculated as possible winners in 2008 and 2009.

As soon as in 2006, I discussed non-relativistic chiral (left-right asymmetric) quantum field theories that could be realized with graphene. Note that in that article, you may also learn that Andre Geim had already won the Ig Nobel prize for a levitating frog. ;-)

In an episode of The Big Bang Theory called The Einstein Approximation, Sheldon Cooper needed quite a lot of boosts to solve a rather simple problem about the electron dispersion relations in graphene, the best known conductor at room temperatures.

Note that the two previous paragraphs are actually correlated: while the first one talks about a discovery of "a levitating frog", Sheldon Cooper coined the term "a toad of truth" in the episode described in the second paragraph. ;-) 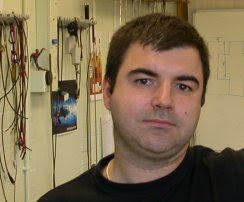 Just four days ago, graphene was also mentioned on TRF because it appeared in Andy Strominger's talk - as an example of a physical system for which the string-theoretical AdS/CFT correspondence has been useful.

That's partly because graphene is a nearly perfect fluid - much like the other systems that are well covered by the holographic dual (and reinterpreted as a black hole). This fact is just another example of the tight relationships with string theory and its brand of quantum gravity that the most important state-of-the-art discoveries even in as faraway disciplines as atomic or condensed matter physics display.

Dutch citizen who was born to

German parents in Sochi). That may be a coincidence. However, the

Swedish committee could have also been motivated to fight against the proposed dramatic cuts in the funding for the British science.
Luboš Motl v 11:45 AM
Share