Why EROEI is not important 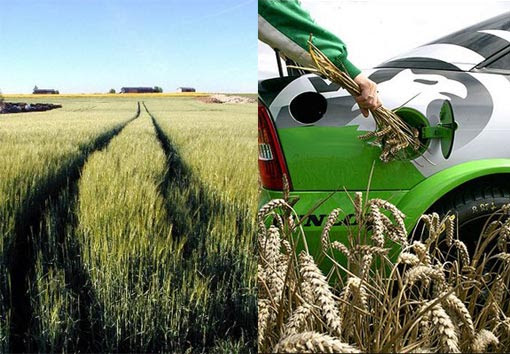 In his efforts to save the world, John Baez has promoted the notion of EROEI, or "energy return on energy invested":


EROEI is the ratio of usable energy that you get out of an energy source divided by the energy you had to insert. The idea is that this ratio should be high. If it is smaller than 1 (or 1:1), the source is supposed to be unusable.


A Net Energy Parable: Why is ERoEI Important?


at a green ideological blog about energy called The Oil Drum. The very first sentence of that article didn't look too promising:


Besides water, energy is the most important substance for life on the planet. For most organisms energy is embodied ...


Oh I see. So energy is a substance. May I inform Mr Hagens that the 1667 theory of phlogiston has been completely debunked at least since 1753 when Mikhail Lomonosov heated a metal to find out that the mass didn't change? The substance of heat didn't exist. Well, in 1905, Albert Einstein showed that E=mc^2 so energy did carry some mass :-) but let's not get too far.

At any rate, energy is not a substance. Energy is just an extensive physical quantity - a number - whose conservation law holds as a consequence of the time translational invariance, whenever the latter exists, as proved by Emmy Noether.

But let me return to EROEI. Clearly, some lower values - i.e. below one for some biofuels - are a big warning sign. But it's a complete delusion to think that the higher value of EROEI you get, the practically better source of energy you found, and vice versa.

The usefulness and attractivity of an energy source must always be measured in the units of one dollar (or one Czech crown, to choose a harder currency) instead of one Joule.


However, whenever a society wants to make some rational recommendations about investments, it's exactly the other way around:


The expected profit is what actually calculates whether it's a good idea to make an investment. The profit contains all kinds of expenses and benefits that must be taken into account in our world that is complicated. These subtleties may look too complicated - i.e. too "dirty" - to the environmentalists but they're exactly what measures whether a decision is sensible or not.

In practice, a very cool energy source in the future may have EROEI equal to 1.5:1. It can still be very profitable and people may have very good reasons to choose this one instead of a source that has 50:1 (e.g. coal). The fact that coal has such a high EROEI is a hint of its importance but it's not the ultimate number that universally drives all rational decisions.

In fact, even energy sources whose EROEI is smaller than one may be useful. For example, we like to recharge rechargeable batteries because the batteries in our gadgets can be moved from one place to another. Similarly engineered biofuels or special fuels for rockets may be helpful for the same reason. After all, even one gallon of gasoline is more useful than just the electricity it can produce if burned. Clearly, we need to invest a slightly higher amount of energy than what we get back from the batteries and similar devices and substances - but we still often have very good reasons why we do so.

Why is it so? Well, if you recharge your iPod Touch, you can take it to the forest - or at least away from your power outlet - where you have no access to the electric grid. It's an advantage. Why is it an advantage? It's not an advantage because of some overall counting of the usable energy. It's useful because you can use the iPod Touch in the forest and it can offer you some pleasure that is equivalent to other pleasures that you would have to pay more money for. ;-)

Moreover, EROEI is never quite well-defined because you don't know how "deeply" you should go in your energy audit. If Joe Sixpack works for a hydroelectric power plant, should you include the energy expenses that his grandfather had to make to get laid with his grandmother? What about the projector in the cinema in 1934 before they had the first intercourse? :-) These things were needed for the power plant to work. My example is meant to be amusing but the essence is very serious.

One can say that the environmentalists always believe that there exist some "objective physical quantities" that all the actions of the mankind should try to minimize or maximize. And they believe that the only reason why people don't do so is that the people are irrational and corrupt by the evil big corporations. ;-)

After all, the money is mostly pushing us in the wrong direction, they think.

However, none of these values is a "universal canonical quantity" that fairly describes everything that we want and care about in our world. Who would care about the concentration of CO2 in the atmosphere? Only complete loons: as long as it is between 150 ppm and 5,000 ppm, it's just fine. If you want the closest objective quantity, it is profit, after all. Because of the importance of this method of counting priorities in the real life, it could be sensible to include a unit of currency among the basic units of the SI system:

The financial attitude doesn't mean that we should always prefer the dirtiest source of energy. If someone pollutes the air by SO2 or SO3 or another pollutant and others may agree that a ton of SO2 creates a damage equivalent to XY dollars, the polluter should pay XY dollars or so. That will influence his cost-benefit analysis.

Also, there are positive values that we're not used to pay for even though they clearly have some value for us. Sometimes, they are priceless. It's still clear that in some rational decisions, they can be replaced by a financial equivalent.

We may often be irritated by other people's bad priorities - the wrong perceived value they associate with various things. For example, it's annoying how little most people care about the knowledge how the world works. Still, if we can't make the other people's opinions irrelevant, their perceptions of values will still influence what will happen in the world.

However, it's just not true that any of the "naive" physical quantities such as total useful energy, EROEI, global mean temperature, CO2 concentration, or anything else of this type may be a good guide in all the decisions that the people ever do. The realization of this fact is one of the main things that distinguishes an environmentalist ideologue from a sensible person.