3-5 °C of warming was great for the tropical life

A new paper in Science written by Carlos Jaramillo and 28 other authors looked at the tropical life during the Paleocene-Eocene Thermal Maximum (PETM, 56.3 million years ago) event:


At the beginning of Eocene, the temperatures jumped by 3-5 °C. It used to be said that such a jump was bad, especially for the regions that were warm to start with.

However, the authors found that life began to flourish and the biodiversity exploded. New taxa of flowers, especially angiosperms (see the picture for an example), began to spread.


Recall that at the very beginning of PETM, the temperatures quickly jumped by 6 °C which was why some modern classes of mammals - not too far from ourselves - could begin to enjoy life on Earth. 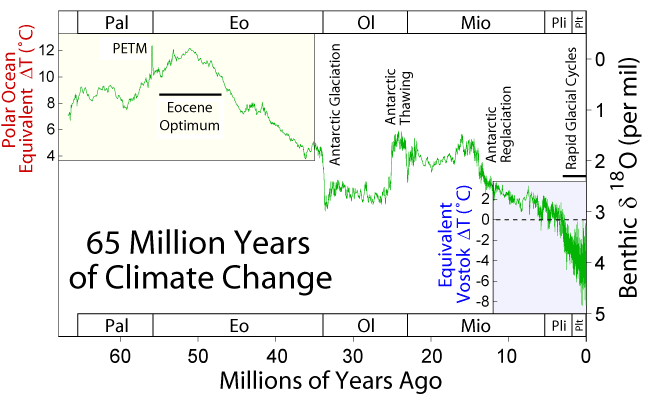 The temperatures have been mostly cooling since PETM and now they are about 4 °C cooler than during PETM.

While the paper speaks a very clear language whether the warming by 3-6 °C was a good thing for life - it surely was - the crooks in the media are trying to obscure this basic finding of the paper. Some of them write "we are afraid to say that it was like that because some people may start to say that several degrees of warming would be a good thing". 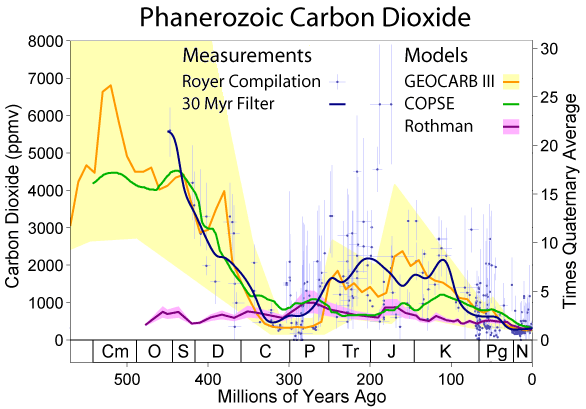 The PETM CO2 concentrations were higher than today (390 ppm), and according to some measurements, as high as 2,000 ppm.

Well, indeed, some extra people will start to say it because it is what the science - as well as common sense - is unambiguously demonstrating, and whoever wants the people not to make this conclusion, is a nasty liar and crook who should get a proper thrashing.