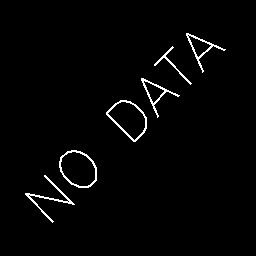 Mr Josef Zemánek published an interesting analysis in the Czech journal called Euroekonom - where he is the editor-in-chief:

In the recent year or two or three, the oscillations of temperatures looked stronger than five years ago or so. Mr Zemánek did several manipulations with the temperature and sunspot data.

First, these are the monthly temperature anomalies in the Czech Republic:

You see that the standard deviation is something like 2-3 °C. The author combined the triples of months into seasons; for example, March+April+May is called the Spring. The seasons look like this:

The number of points dropped. You also see an apparent "trend" - warming by something like 1 °C in the Czech context, above the global average. The fluctuations around the increasing line dropped relatively to the monthly anomalies, because of the averaging over three months.


The previous graph may be "differentiated". In particular, these are the season-on-season temperature (anomaly-wise) jumps in °C:

You may expect that these jumps have a standard deviation almost sqrt(2) times bigger than the seasonal anomalies themselves. We're not interesting in the signs, so Mr Zemánek took the absolute value of the jumps:

I have made two steps at once - and connected the neighboring points in the chart by lines. Right afterwards, Mr Zemánek chose to calculate the 4-year floating average:

OK, but qualitatively, it doesn't hurt too much. If I am given the Czech temperature data, I will do it more properly. ;-)

You see that while the agreement is not "spectacularly perfect", it offers some statistical evidence for the statement that a low solar activity brings stronger temperature oscillations in the Czech Republic.

Do you have a consistent explanation or a mechanism - different from noise - that would explain such an observation? Mr Pavlíček has pointed out the following sentence in a Wikipedia article on solar variations:


The 30 hPa atmospheric pressure level has changed height in phase with solar activity during the last 4 solar cycles.

That's pretty interesting and it could be a real rule - or just a coincidence.

If the rule is real, the Sun should also be able to modify the pressure differences, especially the meridian ones. Similar issues were also recently discussed at WUWT.