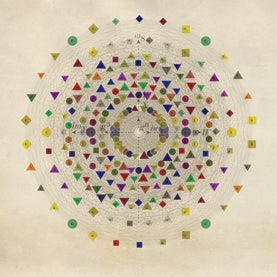 In Fall 2004, when I began to teach at Harvard, my first course was Physics 287a, Introduction to String Theory. Many excellent Harvard graduate students attended the course - and some people from MIT were also regular visitors.

One student of mine from MIT was more experienced than others and he always asked the best questions, even though he used to sleep throughout much of the lectures. His name was Alan Guth. ;-)


So together with Xi Yin, the course's brilliant teaching assistant - now at faculty of Harvard - we also had the pleasure to have a couple of undergraduate students in the classroom. Among them, one of them was very good and there was one who was ... just ambitious. He turned out to be one of the worst students - and, if I remember well, the very worst one in the course. He just couldn't get it.

If you want to know, he also gave a presentation on the WZW models which showed his misunderstandings of pretty basic things clearly enough, too. Because Xi and me were compassionate and we didn't want to induce scandals, we gave him a letter grade I won't release but the word Crank starts with the same letter. ;-)

His name was Jim Weatherall.

Nima Arkani-Hamed was a kind of his "undergraduate advisor" - which is a relatively unimportant Harvard position in which you're expected to meet your "advisee" a few times a year. However, he would pick Arkani-Hamed as an advisor for the same reason as why he registered for my course: to get a "weapon" to legitimize his nonsensical statements about science.

Weatherall has abused his links with Nima on his own blog (and in a previous article he wrote for Slate) where he was defending some nonsense about a 2007 Higgs rumor. It was clear at that time that if the signal had been real and not just a fluke (background and/or a mistake), it couldn't have been a Standard Model Higgs - it would be to be a BSM (beyond the Standard Model) particle. Weatherall's main point was to totally deny this basic fact. (Weatherall was also clearly ignorant about the multiplicity of the Higgs bosons in MSSM and many other basic things.)

If you click at the link here, you will get directly to Nima's answer that settled the fact that Weatherall's physics was 100% wrong. Weatherall continued to argue. It just happens that even though I have spent more time with Weatherall, I don't remember any particular arguments; maybe, he was afraid that he would be failed. So I only remember that he was not a good student.

Fine, so what do you think that happens if a student goes through some courses where he should have been failed - but wasn't, mainly due to the politically correct atmosphere of grade inflation that surely makes instructors of advanced courses afraid to fail their students - and when he finishes the studies? Well, obviously, the HEP research system remains meritocratic enough so that he can't become a grad student at a decent school or get a postdoc job. But does it really hurt?

Jim Weatherall began to write about science. And not just about science. He became a close collaborator of John Horgan - the madman who thinks that science ended in 1996 (one year before the AdS/CFT correspondence, a few years before the discovery of the cosmological constant, and I could tell you dozens of other radical discoveries that occurred after 1996). They have published some of their "musings" together.

However, in the newest issue of Scientific American that will be released in two weeks, Jim Weatherall chose another collaborator whose name is well-known to the TRF readers, namely Garrett Lisi. Since November 2007 when Lisi published his "exceptionally simple theory of everything", everyone who is interested in physics and who is not completely deaf must have understood that the paper makes no sense.

Its author isn't able to distinguish bosons from fermions (or doesn't know why they can't be unified in multiplets of bosonic symmetries), spin-one bosons from spin-two bosons (or he doesn't know why gravitons can't appear as bulk gauge bosons), he doesn't know the representation theory of Lie groups (and was shocked by many basic insights about E8 such as its SU(5) x SU(5) subgroup), renormalization, or anything else that is relevant for the work on "theories of everything". And the paper looks accordingly. The maximum thing that Lisi has arguably mastered is how to project points with 8 integer or half-integer coordinates into a 2-dimensional plane. He has used this skill intensely. ;-)

Another thing that Garrett Lisi became famous for is that he endorsed (click "more" at the next page) the Universe Splitter, a worthless iPhone app that claims to split the Universe "according to the many-worlds interpretation of quantum mechanics" so that you live 2^N different lives simultaneously. :-)

Nevertheless, Scientific American - which is no longer constrained by any quality standards or any expectations of honesty, for that matter - can promote his theory of everything again, in November 2010:


A Geometric Theory of Everything

Lisi's meaningless paper is described as "the most talked about paper of 2007" (hiding that it was only the case in the crackpot community, not in real science) and it is linked, in completely absurd ways, to the LHC, James Clerk Maxwell, and other things.

It's just frustrating because we live in the age of communication and some people are actually - and intensely - affected by what they read in journals and magazines, including the popular ones. So what's being written in those magazines is spreading to the whole public, often to the scientific public in other disciplines, too.

And what the results may look like if the writing is done by the worst students in the most relevant courses at their alma mater? This question is just a rhetorical one. The situation is depressing and it's pretty hard to isolate the place "where" the main mistake is taking place. Why is it so that printing complete garbage by writers who suck most of the time allows Scientific American to survive?

Well, it's because their readers don't really mind, either. The people who remain the readers of this journal suck as well. They have already been brainwashed by tons of complete nonsense so if you add some additional nonsense and make it a little bit worse, they won't care. The magazine also lives from its trademark - and inertia - because it used to be a good magazine.

From a societal perspective, it's fine. The stupid people have the right to read the magazines written by the stupid writers. What's really wrong is that this junk magazine is still allowed to use the term Scientific in their name. The word "science" is associated with something completely different than what they write about. However, no one seems to care about the brand, or about the term "science". So no one wants to - or is able to - sue the crooks.

People who care should invent a legal way to force the magazine to be renamed to something more accurate, e.g. Stupid Brainwashed American Bigot, or something of the sort. The acronym should be simplified, too: Scum is more accurate than SciAm.

These things do matter and everyone who denies the pernicious impact of the work by Scientific American and many others on the position of science in the society is a ... denier. ;-) Recently, Erik Verlinde obtained an EUR 2 million grant for his manifestly wrong claim that gravity is an entropic force. The paper is not worth one euro, surely not two million euros.

Needless to say, the "controversy" is just another reason that allows the idiots in the European funding agencies - and many other places - to throw the taxpayers' money into similar black holes. But the lies written about Verlinde's "discovery" in the newspapers have been critical for this particular waste of the taxpayer money. Even Garrett Lisi is actually better off financially than many excellent postdocs and not only postdocs. These are just particular proofs of the statement that meritocracy is safely dead in the wider society that calls itself "scientific".

Meritocracy may continue to thrive in a few isolated, old-fashioned floors of the ivory towers but they are becoming increasingly marginal and irrelevant - when it comes to money, influence, and other things.

The competent young people who care about the money just a little bit (and be sure that even among the physicists, a majority has always cared about the material issues at least a little bit) will be increasingly repelled by the proper scholarly meritocratic jobs because they will surely notice that the crooks and crackpots - and people completely disconnected from science - are better off. And sometimes it's the conservative ivory towers' own fault because they just refuse to confront the continuous flow of garbage that is being presented as science to the public from all sides.

Be sure that it is already having a huge impact and this impact is going to grow unless the growth will be stopped.