According to some polls among students, to be published in a journal in January 2011, dire warnings make the public disbelieve in a "just world" which is why they begin to "deny" things.


The final statement in the title - that the climate panic makes people more skeptical - is obviously correct. But the actual reason why it is so is much more obvious and has nothing to do with "just world theories" and similar leftist garbage.

The reason is as follows.

People are ultimately able to think rationally - at least to the extent that they can judge the reliability and trustworthiness of their sources, at least statistically. And if some sources repeatedly say things that turn out to be false - usually spectacularly false - these sources simply lose their credibility in the eyes of a sensible person. The number of people who trust them will inevitably decrease.

Believe me or not. This fresh video from Louisiana State University is an astronomy class. An unhinged instructor segregates and attacks all sensible students in his class. This radical left-wing real-life imitator of the 10:10 warriors against AGW from the "No Pressure" movie treats them exactly as if he were a security guard supervising killers in the prison. Similar verbal terror committed by propagandist peabrains similar to the thug above are often presented as science these days. I encourage the students to give this "Bradley Schaeffer" a proper thrashing on the street because this kind of fascism in the classroom simply cannot be tolerated and requests to sack this atrocious asshole would probably lead to frustration only. See 7 minutes of this indoctrination.

A sensible person doesn't really have to have a college degree to be able to make this conclusion and this conclusion is completely sensible. Every scientist is doing the same thing, at a slightly different level. If he learns that a source of data CD is not a good way to learn about XY, he won't use CD to learn about XY so often and uncritically in the future.

It may even happen that the people - and scientists - determine that CD (almost) always says the opposite of the truth. If that's the case, such an observation can be used for future reasoning, too. (Although one should be careful about this strategy.) A sensible person will simply use the observed repeated failures of CD and he will think that not(CD) is likely to be close to the truth. 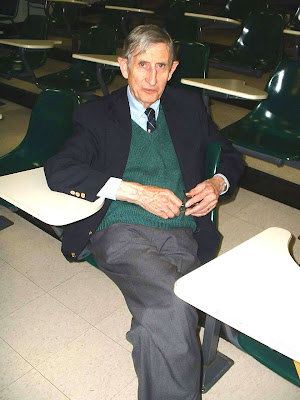 There was another major recent example of the fact that the environmentalists are not interested in the truth: they are interested in the ways how to impose the would-be truth - communicated to them by similarly mentally crippled people - on other people.

This other example was an essay by Kenneth Brower, an environmentalist, about Freeman Dyson:


The danger of cosmic genius


Kenneth Brower is a writer and a green believer who actually explicitly states that the green beliefs have always been worshiped in a religious way by all of his family members. He's a part of an insane sect and doesn't try to hide it.

He is also manifestly a former family friend of Freeman Dyson's family of a sort, and has written a book penetrating into the Dyson family. The book compared Freeman Dyson and his son George who had wanted to escape from the shadow of his father so he used to live in the trees a few decades ago. George was also keen on kayaks. (He became more mature and both Gentlemen have been on good terms for 35 years.)

The green bigot Brower wasn't able to distinguish canoes from kayaks so the title of his book as well as many places in the book incorrectly use the term "canoe" instead of "kayak". ;-)

But that's clearly not the main problem here. The main problem is that Brower seems to believe in a dogma that everyone who is not a Devil or an imbecile has to share his environmentalist delusions. So he creates a huge story out of the simple fact that Freeman Dyson realizes that that the AGW panic is a pile of hogwash. Brower can't hide that he wants to hype both the environmentalist hysterias as well as Freeman Dyson - he has written texts about both topics.

While I consider Freeman Dyson an exceptional thinker, the amount of worshiping in Brower's article just seems to be over the edge to me. I can't stand such articles. After Brower presents Dyson as Einstein's heir etc., he has to explain why Dyson hasn't accepted the environmentalist religion.

Several answers are being proposed - Dyson's own "religion" that believes in Man's abilities, his old age, his being an educated fool, his contrariness, and the hypothesis that Dyson doesn't really mean it.

Holy crap. So much speculative nonsense produced just in order to explain a simple fact that Dyson is simply not the same kind of a brainwashed green moron as Brower himself. Aside from those numerous "big" hypotheses about Dyson's brain, hasn't Brower at least once considered the possibility that Dyson is simply right and Brower is wrong, and Dyson has rational arguments to know that the AGW is just crap?

Needless to say, this is just a rhetorical question. The green bigots never dare to consider such a hypothesis. It would be a heartbreaking blasphemy suggesting that all their lives have been lived on the wrong side. Who even suggests that they're deluded victims of a mass hysteria must be burned at stake as a heretic.

But even if I forget about the particular question that is being discussed here and our fundamental disagreement with Brower's beliefs, I can't understand his surprise that someone could reach different conclusions about complex scientific questions. Science is pretty hard.

As I have suggested, I consider Freeman Dyson to have been a physicist who was - to say the least - not far from the league of the giants of physics we know - such as Schwinger, Feynman, and others - and who has shown a huge creativity when it comes to other disciplines (although most of his theories e.g. about possible plant life near Jupiter's orbit etc. sound crazy to me).

However, you may know that Freeman Dyson doesn't appreciate string theory.

What's my theory why he doesn't? Well, I would surely not write a long essay about it because there's nothing to write about. Most people - even most physics PhD - don't know or understand string theory and Freeman Dyson is just a member of this majority. A big deal.

He's never learned it properly, so he doesn't know anything about the relevant questions for which it is necessary, and why it is necessary. He's been out of the cutting edge of high-energy theoretical physics for decades. There is no good reason to single Freeman Dyson out. There are 6.8 billions of people in the world who don't understand string theory and Freeman Dyson's propositions about string theory are the most sensible ones for a person who just doesn't get it. There's no simple answer or criterion that distinguishes the people who learn string theory (or something else) from others.

What Brower - and others - misunderstands is that when it comes to an advanced enough science, the primordial state of the human mind is ignorance rather than knowledge. It takes a lot of nontrivial activity - thinking, reading, and/or measurements - for someone to actually learn about a difficult enough theory.

The environmentalists such as Brower seem to follow the opposite reasoning. They apparently think that people are born as omniscient beings and something really bad has to occur if they suddenly don't know everything. ;-) So Brower spends hours by searching what this catastrophic event in Dyson's life could have been. Brower himself hasn't destroyed his omniscience yet - because he hasn't learned anything since the moment he was born - so he feels that he has the credentials to look at Freeman Dyson and others from the bird perspective.

This general attitude - that the primordial state of the humans (and life on Earth) is omniscience - is closely related to another principle shared by various leftists and similar nutcases, namely the idea that the primordial state of the human society is wealth. Everyone was created as wealthy and someone - probably evil corporations - had to do something really bad in order to create poor people.

As most of the TRF readers hopefully know :-), the actual reality is just the other way around. People were born as hopelessly poor dirty stinky hairy apes with bare buttocks and they needed to work hard for quite some time, collecting knowledge, assets, and contracts with others, before many of them could become wealthy. The concentration of capital was also totally essential for the societies to become even wealthier at many stages.

In the same way, one has to work real hard - and also have lots of nontrivial and rare "innate aptitudes" - to get to the state-of-the-art high-energy theoretical physics. And Freeman Dyson is simply not quite there. His whole DNA and all events in his life contributed to the fact that he's not. It makes no sense to find a simple explanation.

However, he's near the cutting edge of the "science of climate change", as Brower fails to know, but even the ignorance of the people who are misguided about the basic questions related to the climate wouldn't need some convoluted explanations. People are just naturally ignorant and they remain ignorant until they succeed in changing the state which takes a lot of nontrivial effort such as learning.

Obviously, the activity of the AGW crusaders is not just about their ignorance. We see lots of bigotry, lots of internal drive to spread the ignorance and irrationality and to control others. This internal drive may require some additional explanations. But the ignorance itself doesn't.