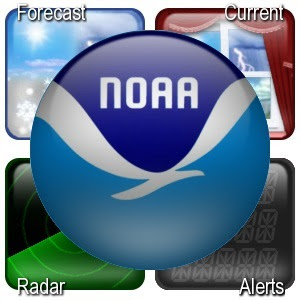 A team of experts from NASA, the National Aeronautics and Space Administration, and NOAA, the U.S. National Oceanic and Atmospheric Administration, has joined the community of climate deniers or, as they are called by Sean Carroll, the Republicans (Carroll notes that the more educated a person who is not a left-wing activist is, the more skeptical he or she is about the man-made climate disruption):

The article by Lahouari Bounoua and six co-authors in Geophysical Research Letters combines their climate model with the feedbacks linked to vegetation, especially evapotranspiration - the sum of plant transpiration and evaporation from leaves.

What is their result?


The resulting climate sensitivity attributed to the CO2 doubling from 390 ppm today to 780 ppm expected in 200 years from now (under business-as-usual) is just 1.64 °C - less than a Celsius degree per century or so. This figure is below 2 °C, the low end of the interval guessed by the IPCC. Is it really controversial to say that the warming induced by CO2 is zero for all practical purposes?

The champions of the climate panic are already saying that NASA and NOAA have no right to overthrow decades of claims of intellectual giants such as Rajendra Pachauri, Al Gore, and hundreds of their equally bright peers who just banned water in Cancún, Mexico. Well, it turns out that this is exactly what science can do - and indeed, it is transcending similar superstitions all the time. What these people were saying is fundamentally and qualitatively wrong.

You couldn't find the truth if you were only searching in the vicinity of what those folks have been saying; NASA and NOAA didn't find it appropriate to be "constrained" by the interval that the IPCC has prescribed to the believers in man-made climate disruption. It would be foolish if the scientists felt constrained by the previous papers.


[...] We have learned a lot from experience about how to handle some of the ways we fool ourselves. One example: Millikan measured the charge on an electron by an experiment with falling oil drops, and got an answer which we now know not to be quite right. It's a little bit off, because he had the incorrect value for the viscosity of air. It's interesting to look at the history of measurements of the charge of the electron, after Millikan. If you plot them as a function of time, you find that one is a little bigger than Millikan's, and the next one's a little bit bigger than that, and the next one's a little bit bigger than that, until finally they settle down to a number which is higher.

Why didn't they discover that the new number was higher right away? It's a thing that scientists are ashamed of--this history--because it's apparent that people did things like this: When they got a number that was too high above Millikan's, they thought something must be wrong--and they would look for and find a reason why something might be wrong. When they got a number closer to Millikan's value they didn't look so hard. And so they eliminated the numbers that were too far off, and did other things like that. We've learned those tricks nowadays, and now we don't have that kind of a disease.

But this long history of learning how not to fool ourselves--of having utter scientific integrity--is, I'm sorry to say, something that we haven't specifically included in any particular course that I know of. We just hope you've caught on by osmosis.

The first principle is that you must not fool yourself--and you are the easiest person to fool. So you have to be very careful about that. After you've not fooled yourself, it's easy not to fool other scientists. You just have to be honest in a conventional way after that. [...]


By the way: in a slow comment that wasn't polite enough to be approved, a champion of climate panic has criticized the paper for not consuming enough power for the computer model. Holy cow! ;-) I assure you that the quality and accuracy of a calculation has nothing to do with the amount of power that is consumed in the calculation. The most reliable insights and calculations in science don't require any computer at all.

In the same way, the accuracy and validity of scientific research isn't determined by thee amount of money and influence that the writers enjoy. Some of the most atrocious pieces of pseudoscience have been generated by very well-paid people.

Today, the Czech Senate approved a new 26% tax for the electricity produced from solar panels (as well as a later 32% tax for carbon indulgences awarded in the next 2 years) which effectively means a reduction of the subsidies for these "renewable" sources.

The law, previously adopted by the lower chamber, should become valid from January 1st, 2011 - unless President Klaus will become the ultimate protector of the green profits. Needless to say, all the Commonwealths of the Pan-European Solar Parasites, Thieves, and Crooks have immediately threatened international arbitrations against the Czech Republic.
Luboš Motl v 9:42 AM
Share