Why is the muonic hydrogen Lamb shift wrong? 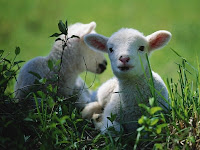 Jester at Resonaances returns to the anomalous observations of a hydrogen atom with the electron replaced by the muon:

Recall that in Summer 2010, a Nature paper written by many authors claimed that "the size of the proton is different than previously thought":


The size of the proton

If you assume that all terms contributing to the frequency of the Lamb shift (the energy difference between two levels that would be zero even according to the exact Dirac equation but is nonzero because of QED effects of virtual photons) are safely known and the only variable you are free to modify is "the size of the proton" (that influences the muon's motion when it's near the center), the team found a 5-sigma deviation from a previous "size of the proton". Theirs is 0.84 instead of 0.88 fermi. Is it a big deal?

This detailed analysis is not meant to attack the three authors. Quite on the contrary, they're obviously important leaders in their subfield because a hugely hyped experimental "discrepancy" involving dozens of well-paid experimenters actually boils down exclusively to these three people's calculations. Their work is clearly undervalued.

Nevertheless, the theoretical "leg" on which the possible discrepancy stands is still clearly way too weak. But of course, the hype is out and people are writing papers. For example, last week, David Tucker-Smith and Itay Yavin wrote

where they propose a new gauge boson whose mass is an MeV. The new force must obviously be very weak because we haven't seen it yet - the new fine-structure constant is something like 10^{-9}. Fine, there's nothing wrong with this paper as a speculative paper about a new force that almost certainly doesn't exist. If it does, the authors who "predicted it" will surely get famous.

But what I don't like is the statistical distribution of the papers in the whole literature. It exhibits signs of something I will call "lottery physics". The proposed explanations are extremely unlikely but the authors don't care because it doesn't hurt to propose speculative explanations - and if they happen to be right, they will be rewarded by such rewards that will approximately compensate the small probability that their claims are valid. More importantly, the ticket is essentially free: no one cares if your hypothesis is wrong (and most of those in literature are) so why wouldn't people buy many such tickets?

In other words, the preference for "sensational claims" has been gradually penetrating into the hardest discipline of science, particle physics, as well. People no longer mind when others write wrong papers: they're so brave, aren't they? It seems very unhealthy to me. Elimination of wrong hypotheses - and indeed, elimination of people who only produce wrong hypotheses or results - is a key pre-requisite for any science.

In my opinion, every theoretical paper or almost every theoretical paper should try to present its own picture of the calculation or a balanced summary where the discrepancy could come from instead of just "hunting" for the most sensationalist conceivable answers. The two authors have chosen a "cheaper" solution than a proper new calculation. It's easier to add a simple new Yukawa potential and calculate one term than to redo a calculation that is careful about all the other terms.

People like Pachucki, Borie, and Martynenko don't have many followers partly because everyone knows that the three people won't get too much credit for the hard work. They're not inventing new science, are they? In fact, they're doing almost everything that is needed to find new physics in similar exotic atomic systems.

There's a lot of interesting and difficult "old" physics in this problem. Just open Edith Borie's paper on page 9/15 to see a list of effects that contribute to the frequency. It's a rich list that resembles items you want to buy in the supermarket. It doesn't really feel that there is a totally systematical calculation that leads to the result. If an item was forgotten, e.g. butter, you wouldn't be shocked because the list is simply not a reflection of a totally controlled and organized calculation. It's a list that's been repeatedly extended once people found that a new item became accessible - and it's plausible that the new items needed for the 2010 experiment are simply not yet on the list.

The very method of calculating the Lamb shift is very complex and I believe that most theoretical physicists (not to speak about others who have no chance) - including your humble correspondent - would have problems to compute the thing safely and correctly. Clearly, many relativistic and loop effects from quantum field theory matter in the problem. But they have to be translated to a description using the same formalism as non-relativistic quantum mechanics plus corrections because that's how we are used to calculate the properties of atoms. This conversion of the frameworks is, I believe, theoretically possible but non-trivial and it is a source of many potential problems.

Various "combined corrections" in which several effects intersect as well as "higher-order corrections" may be important and may be computed incorrectly. On top of that, the muon is unstable - 2 microseconds is the average lifetime - well, yes, the width is only 3x 10^{-7} meV. However, more importantly, it's more energetic and heavier in the atom so it may "see" a different nucleus. The muonic atom is also smaller and the muon therefore spends much more time in the vicinity of the proton than in the case of the electron - so all these issues are much more important.

From this viewpoint, it's just not shocking that the "radius of the proton" turns out to be 5% different for the muonic hydrogen atom than it was for the electronic atom. The muon is a different probe, with a different typical energy and momentum, so it sees a different number and composition of the partons inside the proton: the muon starts to see the individual localized quarks. The idea that there exists a universal canonical radius of the proton that is relevant for everyone - just like if proton were a perfect golden ball - is simply incorrect. A proton is a very soft animal - described by a complicated wave function(al) - and its size as well as shape depends on the "glasses" you use to look at it.

Now, a good QCD expert is really needed to clarify the actual effect of having a more energetic probe on the effects of the nucleus which impact the muon's motion. In some sense, the calculation of the full Lamb shift is a kind of "interdisciplinary problem" that requires top QCD experts aside from the people who have played with relativistic corrections to quantum mechanics of atoms for years. I don't think that any of the papers above is a truly "authoritative" answer that combines all the required state-of-the-art wisdom.

But the supposed "discrepancy" - that all the hype was all about - crucially depends on the theoretical calculation. Only the experimenters got their credit for the "impressive" new result. Something is clearly out of balance. The underlying source of the problems is that people - scientists and the "consumers" of their products as well - began to prefer claims that are more sensational over those that are accurate, careful, and probably correct. That's really why I am the first one to ask for a more controllable and more authoritative calculation of the muonic hydrogen Lamb shift given the importance that is being given to the supposed discrepancy.

And I think that it's too bad that I am the first one. Needless to say, this particular anomaly is no exception. The hyping over sensationally new claims became omnipresent and almost no one is interested in the possibility that the established theories actually work - and in the beauty of their inner workings and the required calculations that make the agreement with the experiment possible. Almost no one cares about the beauty of the actual science: most people are only obsessed with excluding the science they don't really know.