Why Penrose and Gurzadyan cannot see "beyond" the spherical harmonics 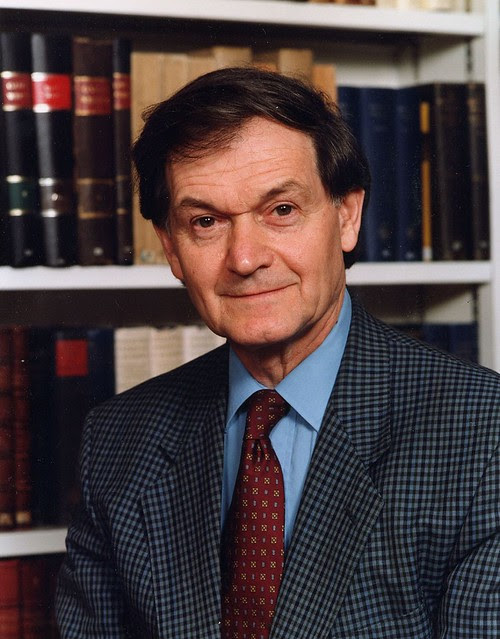 In two recent articles, I discussed the new claims by Penrose and Gurzadyan:

Hours after I wrote the second article, I became convinced that they couldn't possibly rediscover even the L=40 excess because if they had found it, they would know about the angular scale. Mr Gurzadyan has made it very clear in our e-mail correspondence that he doesn't have a clue about any preferred scale.

So even though the rings they showed had the right spacing corresponding to the bump in the WMAP graph - 4.5° or so - it was a complete coincidence that they drew the rings with this spacing and not another (maybe they cherry-picked exactly those rings, without informing the reader that this is how they selected the points for their graphs).


So their claim really is that with respect to some points, the WMAP temperature map looks like being composed of concentric circles of an arbitrary size. And the number or strength of such circles is supposed to be stronger than what you expect from a generic function of (theta,phi) predicted by the standard Big Bang cosmology - i.e. from the linear combination of the spherical harmonics with random coefficients whose variances depend on L in the way predicted by the Big Bang cosmology.

Penrose and Gurzadyan totally hide all the details - how many concentric circles they demand to share the center; how many of them exist at all; whether they restricted the required intensity and radii of the circles in any way, and so on.

Showing that they cannot possibly see anything new

But whatever is the precise definition of a "new pattern" they claim to see, I can easily prove that no such pattern that would be invisible in the standard WMAP curve can possibly exist.

This is the WMAP curve I will often refer to; the intensity of temperature variations depends on their typical "angular scale" or, more precisely, the angular momentum L. The measured data points nicely agree with the Big Bang calculation that analyzes the acoustic modes in the Universe before the decoupling i.e. before the cosmic microwave radiation was born.

How do I prove it? It's pretty simple. Let us use the symbol psi(theta,phi) for the cosmic microwave background temperature at a particular direction in the sky, as determined by the WMAP probe. The notation is deliberately meant to resemble wave functions in quantum mechanics because we will be calculating similar expressions. Of course, this psi doesn't have a probabilistic interpretation; it's the actual temperature measured from the microwave radiation.


is positive and unusually high. Now, obviously, the WMAP random spectrum will predict that such points P and rings R1, R2 will inevitably occur by chance. So the only sensible thing that Penrose and Gurzadyan may claim is that the number of such "pairs of rings" whose temperature difference is high enough is higher than expected, or the difference is higher than expected, or some combination of these two claims.

Whatever the precise claim is, they surely do claim that the Penrose-Guzardyan index


is higher for the actual WMAP temperature psi than what would be predicted by the WMAP spectral curve from the chart above. I don't need to know the positive coefficients that depend on P, R1, R2. Well, it's trivial to show that their claim can't be true. Why?

Because they clearly have to allow all points in the skies to be the "centers of rings" that contribute to the Penrose-Guzardyan index. So the expression for PGI ultimately has to be rotationally symmetric. We must sum over all possible centers P on the two-sphere (i.e. integrate over theta and phi), and for each P, we must use the same coefficients that only depend on the internal and external radii of the rings R1, R2.

But note that the prescription for PGI is manifestly quadratic in psi. It follows that the most general form of the PGI index can be written as

where Operator is an operator acting on the functions psi(theta,phi) on the sphere. Here, psi* is the same thing as psi because psi is real, but I added the conjugation to map the problem to the well-known mathematical problems in quantum mechanics.

The Operator is Hermitian because the prescription for the PGI index was manifestly real.

However, I have explained that the formula calculating the PGI index has to be rotationally symmetric; it must be invariant under the SO(3) generators J_x, J_y, J_z. This condition of the spherical symmetry is easily translated to a condition for the Operator: the Operator simply has to commute with the three components of the angular momentum.


By the way, the function has to vanish for J^2=0 because the PGI index only depends on temperature differences and is invariant under the uniform overall shift of the CMB temperature.

There are simply no other rotationally invariant operators acting on functions on the two-sphere. Now, it should be obvious that all such functions f of the squared angular momentum may be given by the eigenvalues they assign to particular eigenstates of J^2, i.e. to particular values of J. (Again, the eigenvalue only depends on L, not on M, by the rotational symmetry.)

So the Penrose-Gurzadyan index, whatever the detailed rules for the rings etc. are, is totally determined by the expectation value of an Operator evaluated in the actual measured "wave function", namely the temperature psi(theta,phi). The index may be written as

The values f(L^2) depend on the particular choices how the PGI index was evaluated - on the sizes of rings that are probed etc.: they would be determined by Penrose and Gurzadyan if they were not (deliberately) sloppy and obscure about what they "see" in the data. However, the PGI index is just a combination of terms of the form


which are nothing else than the values depicted in the graph above, as a function of L. These numbers, well-known from the WMAP data, are just being combined into a linear combination by coefficients that would be determined by the exact Penrose-Gurzadyan algorithm if they actually had one.

So even if they had such a formula, it is totally clear that the WMAP data couldn't contain any anomalous pattern of "excessive concentric circles" that wouldn't be encoded in the spherical harmonics: the spherical harmonics know about the distribution of all similar geometric features. So the PGI index calculated from the measured temperature is inevitably given by the WMAP spectral curve only and there can't be any anomalous excess. Such an excess is as impossible as the statement that "a+b-b" is greater than "a" for some special yet finite values of "a,b". It just can't be right for mathematical reasons.

Armenia is not among the most developed countries in the world but Roger Penrose could have noticed that the "signal" he was trying to find is not mathematically possible. To find features that are not encoded in the WMAP chart above, one would have to find some correlations between different frequencies: he would have to find the so-called non-Gaussianities of the CMB.

Non-gaussianities would be "new effects" on top of the WMAP curve, but they're not what P+G have analyzed.

By the very Ansatz, it is self-evident that the PGI index is totally determined by the abundance of various frequencies, i.e. by the Gaussian approximation, and cannot be sensitive to non-Gaussianities. To see the non-Gaussianities, you have to compare the temperatures at least at three points A,B,C of the skies - and find some dependence of the anomalous correlation on the angles of the ABC triangle. Penrose and Gurzadyan have manifestly been comparing temperatures at pairs of points only so they couldn't see any non-Gaussianities even if they existed.

A week after this blog entry was written, two preprints appeared with a similar content.


No evidence for anomalously low variance circles on the sky
A search for concentric circles in the 7-year WMAP temperature sky maps
Are There Echoes From The Pre-Big Bang Universe? A Search for Low Variance Circles in the CMB Sky


Of course, my blog entry is hugely superior because it actually explains why those patterns couldn't have existed. It's simply amazing that people - and even the critics of G and P - don't seem to understand these basic issues about statistics and spherical harmonics.
Luboš Motl v 12:20 PM
Share