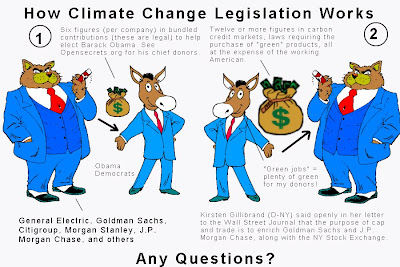 The AFP is writing about the emerging field of climate lawsuits:


Climate change: Dogs of law are off the leash

While no court has awarded anyone a single cent for climate-related damages yet, some people are getting ready for the possible explosion of such lawsuits in the future. At hundreds of billions of dollars, the damages could humiliate all the cancer-related tobacco and asbestos lawsuits. So it makes sense for many people to dream about these "opportunities" and to get ready.


If such lawsuits ever succeed - and are defended against appeal courts - it could show how amazing a visionary a regular TRF reader who is no longer with us has been.

As AFP mentions, the number of climate-related lawsuits has ballooned in the last three years, pretty much from the 2008 death of Michael Crichton. Well, let's hope that Crichton's visions will keep their status of science-fiction fantasies. Transfers of hundreds of billions of dollars justified by hot air - an omnipresent and harmless trace gas - could throw the global economy into havoc.