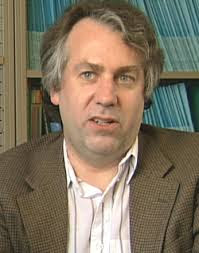 The Los Angeles Times have promoted Kerry Emanuel of MIT,

See also a short echo in the Washington Post.

Kerry Emanuel, who has once argued that the hurricanes get stronger and more frequent because of man-made climate disruption, is presented as a new role model: Republicans are recommended to follow in his footsteps. Of course, the media won't show us left-wing scholars who are climate skeptics - e.g. Denis Rancourt or left-wing journalists such as Alexander Cockburn.

These facts indicate that for many journalists, the attitudes to climate disruption have become more important than the attitudes to ordinary political questions that used to divide the people into leftists and rightwingers.


Needless to say, there is a huge correlation between the traditional political attitudes and the approach to the question whether climate change is something "we should wrestle with". This correlation exists because the AGW memes are political in character after all. No one really cares about a Celsius degree that the Earth may add or subtract in average. What some people are enthusiastic about is the possibility that the tautology of climate change, when "properly" marketed, allows them to regulate and control whole nations.

It is equally obvious that there exist exceptions - left-wing climate skeptics and right-wing climate crusaders. Kerry Emanuel has included himself in the latter category. The Los Angeles Times also mention John Cook of the Skeptical Science - who is a moderate evangelical Christian and a hysterical AGW crusader - and a Barry Bickmore who is a Mormon alarmist. 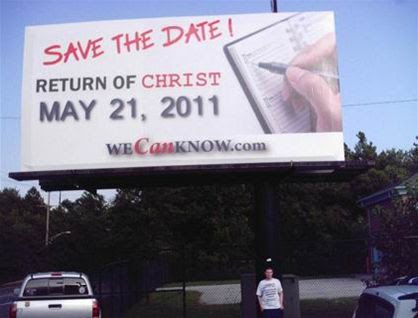 Go to the John Cook's soulmates' website to learn that Christ will arrive on May 21st and God will destroy the world on October 21st, at 8 a.m.

Because the AGW issue has become somewhat important in the U.S. - and surely among the MIT Earth scientists - Kerry Emanuel is thinking about going Democrat because of "anti-scientific" attitudes of the current GOP. That's despite his support for a strong military, his admiration for Ronald Reagan, and his opposition to homosexual marriages.

There are some other minor issues but the question whether climate change should be fought against has become the defining topic that leads people to say that the other side is anti-scientific. Kerry Emanuel has picked the wrong side of this dispute - others have picked the right side. But of course, there can be absolutely no "guarantee" that one of the parties will always choose the right answer to every scientifically loaded question. Whoever believes that one of the parties "owns" the science is a hopelessly blinded ideological bigot.

While Emanuel may be superficially rare, his combination of climatological and political attitudes is surely nothing that should be artificially encouraged. More than a Republican, he is an opportunist, and in Cambridge, Massachusetts - and, more generally, in the whole U.S. Academia - you simply get much further by adopting mentally and morally degenerated ideologies such as AGW. In 2000, nutcase Ralph Nader received more votes from Cambridge, Massachusetts than George W. Bush who would become the president. To adopt the majority opinions of the town where he lives is what Kerry Emanuel has decided to do, too.

The reason why he is being promoted by the left-wing alarmist inkspillers is self-evident: they dream about controlling the GOP, too. And of course, people such as Emanuel who are registered Republicans but who sling mud on the GOP and who, if they stay in the Republican Party, are eager to transform it into another copy of the Democrat Party are just excellent tools in the propagation of left-wing answers to all questions that are important in the contemporary world.

Obviously, it can't really work. Most of the people who support the Republican Party ultimately support it because of its values rather than its logo with the elephant. So if the GOP became another Democrat Party when it comes to its values and ideology, it would simply lose its supporters and a new party would eventually fill the vacuum.

I don't know whether Emanuel still cares about the strong U.S. military. But when you look at the topics according to the space they receive in the media, it's pretty clear that from most of the important angles, Kerry Emanuel has become a de facto leftist (although one who is arguably driven by personal gain rather than ideological passion). It's not just his endorsement of the climate hysteria; it's also about his indirect support of affirmative action (for people such as himself).

He clearly likes to present himself as a rare breed.

Well, opportunists such as himself are not rare at all. But the existing "encouragement" of rare breeds such as himself - which is a purely left-wing policy - has a subtle point: it is never about the encouragement of the genuine ideological diversity in the Academia. It is always about the encouragement of the diversity of the kinds that don't fundamentally matter. Traditionally, affirmative action would try to include people of various skin colors and sexes. And in Emanuel's case, it is about the inclusion of people who used to live in the Republican environments.

But they're only encouraged if they actually adopt all the ideological delusions and pseudoscience that the leftist establishment actually finds essential at a given moment - and the climate disruption hysteria is the key example of the current era. The diversity promoted by the leftists is always about your hair color but not about your different moral values.
Luboš Motl v 10:30 AM
Share