Russian men will be nuked to Mars in 2037

While the U.S. Constellation Program (CxP) has been abandoned and NASA's manned flights to Mars became very unlikely, the first cosmic nation of Russia is returning to its previous positions:

In 2013, Russia will begin tests of Angara rockets which will be later modified to Amur and Yenisei rockets. In 2037, Russia will be formally unified with the Moon and Mars to the Unified Federation of Russia, Moon, and Mars, and it will send its first moloděts into the decoupled components of the new country. 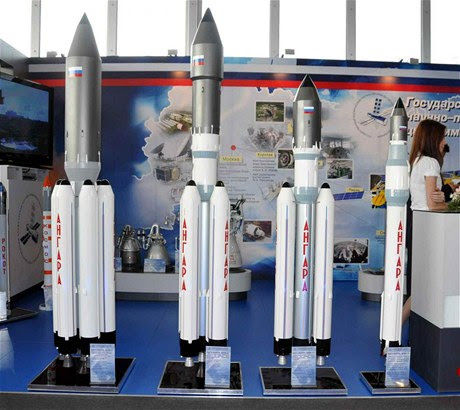 Angara rockets may lift between 2 and 40.5 tons. You see that the size is OK for a single man so the rocket was also used as a part of Osama's friend's "instant atomic bomb" at 2:13 of a famous song by our ex-minister of defense

All the energy for the superheavy rockets will be obtained from nuclear fission. The pre-project version of the motor is already getting ready.

Amur and Yenisei will be able to lift up to 120 tons. Before the piloted flight, there will be a couple of remotely controlled automata that will do the same thing. At the end, Russia plans to build a science center on Mars.


Their thermal nuclear design is not new and has been planned in the U.S. NERVA program around 1972. Hydrogen is heated by a rapid nuclear reactor before the protonic exhausts are shot out of the rocket, achieving momentum efficiency that is thrice higher than the existing technologies. When you get rid of the rocket, you need a peaceful spaceship with its own nuclear source of energy, too.

So the current Russian research is focusing on a 1 MW (1341 horse powers) source of energy which could be used in ion-based or magnetohydrodynamical motors expected to reach Mars. Instead of Baikonur, Russia is refocusing on its existing military space center Plesseck and a future Vostochnyi center. 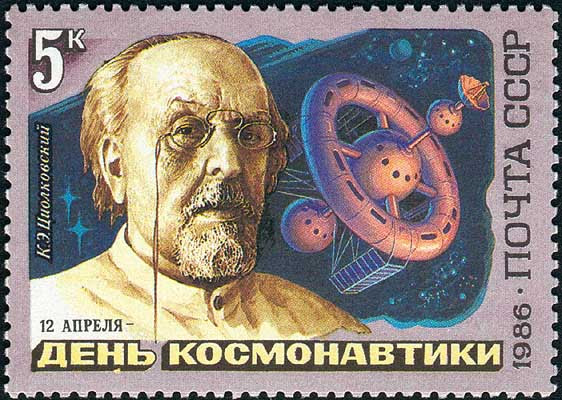 A two-cent stamp with Tsiolkovsky. Instead of living in a nice concrete block 100 km southwest of Prague, this great misanthrope has spent his life in a log cabin 100 miles southwest of Moscow. ;-) I don't have to explain you the importance of his equation, "delta v = v(exhausts)*ln(m(initial)/m(final))"

The Angara project has been running since 1995. The lightest version can lift 2 tons. The rockets, built on modular design, somewhat resemble the EELV devices. Those rockets have been used twice and both attempts have unfortunately been failures so far. One of them ended up with a South Korean explosion. Brazil also plans its space program based on Angara.

Via RIA and iDNES

Reuters and many others have described the discovery of the oldest known galaxy.

Its red shift is z=10, beating the previous record of z=8.5, so this z=10 babe sent us signals 13.2 billion years ago when the Universe was only 0.5 billion years old.

I hope that your monitor is sharp enough and you don't just see a meaningless mottle on the picture. If it's sharp enough, you can see a planet with some funny creatures on it who are just asking "Why now? Why does life exist exactly 500 million years after the Big Bang when the cosmological constant hasn't quite surpassed the ordinary matter density yet?" :-)

They surely think that life would have become impossible in a few billion years because the Universe would get contaminated by disgusting toxins such as heavy elements.
Luboš Motl v 7:13 PM
Share