Do the causes of temperature changes matter?

A key part of the climate panic methodology is to take the data and numbers out of their proper context. This procedure is being systematically applied to all quantities describing the atmosphere, all climatic phenomena, all weather events, as well as their real or hypothetical impacts.

But I will choose to discuss the most important one, the importance of particular temperature changes. 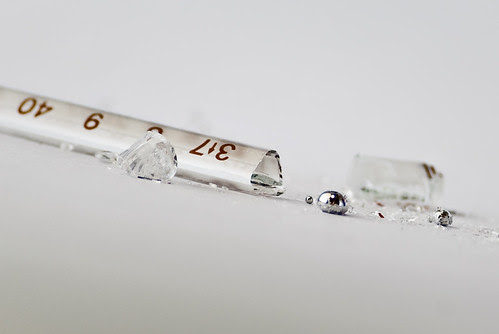 During the last 100 years, the temperature changed by something like 0.6 °C. Is that much? Well, the world hasn't noticed. This temperature change is
Any sensible comparison shows that regardless of the cause, the temperature trend we have been observing in the instrumental era is totally negligible. Nevertheless, some people - especially the people inclined to be infected with the climate panic - often suggest that we shouldn't compare temperature changes caused by different things.

Oh, really? Should we apply double standards here? Why?


I have encountered this attitude many times - especially in discussions with "softcore worriers". I have been trying very hard to determine the reason why those people thought that one should have "separate budgets" for temperature changes caused by an underlying trend we don't quite understand - and that may be partly formed by the CO2 greenhouse effect - from the temperature changes caused by many other effects whose name is known.

Those people clearly believe something of the sort even though it must be obvious to a small schoolkid that the same temperature change has the same impact, regardless of the cause. For example, a bee doesn't employ a detective - or a branch of NASA - to determine whether a millikelvin of temperature change in its environment was caused by CO2 emissions, in order to find out whether it should die. So we simply can't blow one term out of proportion just because someone finds such a selective treatment of different terms convenient.

Well, a part of the answer is surely that many people have been brainwashed and they're literally unable to think about the concept of "temperature" rationally. However, there is another, superficially more reasonable, factor that plays a role:

Many people think that all the other processes contributing to the temperature get "undone" after some time.

Well, first of all, in a striking contradiction with their beliefs, it is more or less true for the warming induced by the carbon dioxide, whatever its magnitude is. In a few centuries after we stop burning compounds of carbon, the oceans and the biosphere will absorb the CO2 "above the equilibrium value" (that depends on the temperature) from the atmosphere. Consequently, the greenhouse effect from the extra CO2, whatever its magnitude will have been, will be reverted, too. At least that would be the case if CO2 were the only driver.

On the other hand, many of the other drivers are aperiodic or even unpredictable - and they have no reason to "return to the average". Well, days and nights are pretty periodic, much like seasons. But even the orbital parameters are changing during the Milankovitch cycles - those that led to the ice ages.

Still, people like to believe that the "average value of the temperature over the cycle" is zero. However, there's really no cycle because the effect is not periodic. The word "cycle" included in the term "Milankovitch cycle" is a misnomer, at least if you're strict about the cyclic properties.

The idea that the Milankovitch and other variations are "cyclic" is an artifact of the reasoning that led Ptolemy to the theory of epicycles. He thought that it was inevitable that the motion of celestial bodies had to take the form of a summation of some circular motions - he pretty much assumed that the Fourier transform of the trajectories had to be a combination of a few delta-functions, if I use the modern language.

Of course, this belief wasn't right. Although the epicycles look like a good "model" to qualitatively agree with what we see, they're simply not the right model. The right model is given by nonlinear Newton's equations of classical mechanics. And they don't imply any periodicity of coordinates in gravitationally bound systems with at least 3 bodies. Newton's theory is not about epicycles so the perturbations may lead to an arbitrarily high deviation of the Earth's axis from the present value although some very high variations are unlikely.

The climate, which is influenced by the orbital irregularities, is even more non-linear which means that there are even smaller reasons to think that the temperature changes are periodic.

As Heraclitus observed, you never enter twice into the same river.

Analogous aperiodicities exist when it comes to any other driver. The solar cycles are modulated by largely unpredictable slower "cycles". The volcano eruptions may superficially look like Poisson-distributed events except that there may exist profound correlations between the individual eruptions - and for arbitrarily long timescales, geological activity may change the rate relevant for the "Poisson beeps" arbitrarily, too.

If we look at even longer timescales, the continental drift is reshaping the continents and there's no real periodicity in these matters at all. I could continue with many other things that are not periodic. The average albedo of the vegetation can surely drift in one way or another - and it has no reason to "return where it started". The point "where it all started" isn't even well-defined.

In practice, if you observe the temperature variations during the last 600,000 years or so, you will see that the global mean temperature was kept in an interval whose size is at most 12 °C or so. Larger excursions were apparently very unlikely - even though they probably existed during most distant geological epochs.

However, if you try to increase the accuracy and substantially reduce the figure 12 °C, you will simply get a wrong model. Even if you use the word "noise" for all the complicated wiggles in the temperature graphs, you won't become able to actually predict the temperature for centuries in advance with a better accuracy than 1 °C. It's normal for the temperature to change by 1 °C and it's common for us not to be able to give a single name to the cause.

In fact, the real-world models can't even predict the right temperature changes for a decade with an error margin that is substantially smaller than 100 percent of the predicted temperature change. Whenever people tried to use fancy methods to get a more accurate prediction, they actually obtained much worse predictions. Famously, James Hansen overestimated the warming for the following 25 years by a factor of 3. Any layman who would simply guess the parameters of the noise from the older graphs - and who would extrapolate them into the future - would have gotten a much more accurate prediction.

This leads me to a related point of the people who like to "discriminate" different sources of temperature change: they just believe that the "signal and noise" can be sharply separated and they must be treated separately.

However, there exists absolutely no scientific separation of the temperature as a function of time into "signal" and "noise". Just try to design an operational method how to separate them and you will see that it will inevitably depend on your completely arbitrary conventions how a function should be divided into two.

The only real temperature we're observing is the actual temperature. Trying to pretend that "a part of the temperature" is not real or a part of it is not interesting is just a denial of the data. If the ENSO cycles change the global mean temperatures by half a degree, these are real changes.

The desire to separate the actual functions of time into the "right values" plus the "unwanted noise" is very analogous to the socialist countries' version of "convertible currencies" and "exchange rates".

In Czechoslovakia, the banks would be saying for 25 years that 1 U.S. dollar was equivalent to 5 Czechoslovak crowns or so. The only problem was that you couldn't buy such a dollar for 5 crowns (they would quickly run out of dollars if you could have). If you wanted a dollar, you needed to go to the only real market - the so-called black market - and buy the dollar for the actual price which was about 25 crowns.

The case of temperature is totally analogous. Some people may suggest, for example, that the "real temperature anomaly" in January 2011 was something like 0.6 °C and it's just up to the speculators, including El Nina, that the final January 2011 number was reduced to -0.009 °C.

However, the figure of -0.009 °C is the real temperature. It's the actual temperature much like 25 crowns per dollar was the real price during communism. Saying something else is just a plain denial of the reality. A La Nina episode is underway so I do expect that it will eventually end and the global mean temperature will get higher again.

But we don't know how much higher it will get because the ENSO effects and other effects are simply not periodic or easily predictable. In this sense, saying that the temperature is bound to go up by the year XXXX is just a speculation. It is analogous to the speculation that the price of a stock that "seems" undervalued right now will go up. Such an expectation may be right but it may be wrong, too.

Of course that sometime in the future, the temperature will be higher than in January 2011. This almost tautology is not really the issue here - and it is not useful for any real-world decisions. The actual question is whether we may know that e.g. January 2012 or January 2020 will be warmer than January 2011. We don't really know either of them.

Also, when we consider the hypothesis that the observed global temperature swings have a detectable impact on the local ecosystems - which I find unlikely - it is clearly the case that we must use the actual temperature measured by the thermometers rather than a fabricated "signal value" prescribed by a communist central bank.

So in January 2011, the ecosystems and everyone else are simply experiencing temperatures that are below the average January temperatures from the 1980-2010 period. You can't do anything about it. It also means that if the cold global temperatures may be identified as a culprit of some problems in the U.S., U.K., or elsewhere, it is also inevitable to say that a small part of these problems was caused by the people responsible for attempting to cool the planet - although they have only cooled it by 0.0001 °C or so, for a trillion of dollars stolen from the world's taxpayers so far.

There is absolutely no way to honestly introduce double standards here. If one decides to claim that the temperature that happens to deviate from the average of some random era is a bad thing, it must inevitably be true that whoever helped to increase this deviation has done a bad thing. You can't use two different temperatures - the real temperature measured by thermometers and an "adjusted one" from which some "speculative noise" was subtracted - and you can't choose the "more convenient one" depending on what you find more convenient for your claims.

Such an attitude is a flagrant case of dishonesty. However, this is exactly what alarmists - including softcore alarmists - are doing pretty much all the time. The only possible conclusion is that they don't want the policies to depend on the actual temperatures measured by thermometers - or any honest data, for that matter: they want the policies to depend on whatever fabricated data that are good enough to justify the pre-decided policies.

That's why this stuff has nothing to do with the scientific method and is just a dirty form of politics.