Four reasons why I like string theory (guest blog)

It is exactly one year since I started this blog, so to celebrate I will give my four top reasons for liking string theory.

This is partly a response to a recent survey on Cosmic Variance which included a question about what likelihood people gave to string theory being correct. With about 170 people responding, about half of them gave string theory 10% or less, many said 1% or even 0%. Now, science isn’t settled by democratic votes especially by a random sample of commenters on one particular blog. Nevertheless it is a revealing outcome and there are plenty of other physicists who think the same. The reasons people gave were roughly along the lines of “It has not had any experimental success after a long time” or “it is unfalsifiable”. I dont agree that these are real issues but instead of talking about that I want to review why I think it is still a theory worthy of being excited about.


(1) My top reason for thinking that string theory is a correct approach to unifying physics is that it provides a consistent perturbative description of particle physics with the inclusion of gravitons, and there is no known alternative. Gravity is a very weak force and spacetime is nearly flat on small scales. There must be some perturbative description of the quantized interaction of particles with gravity as a series of approximations. A direct quantisation of GR cannot do this, but string theory can. Furthermore it achieves this in a way that did not have to work, but it does because of surprising cancellations. There are five consistent string theories in 10 dimensions which are all related by non-perturbative dualities. The reductions to 4 spacetime dimensions is a consistent process which is now reasonably well understood, except we dont know the correct compactification manifold. The only alternative way to get a consistent perturbative theory is possibly from supergravity, but by now we understand that supergravity too is just another limiting case of string theory. Some physicists have suggested that there may be a chance of finding other non-perturbative solutions to the quantum gravity problem, but no complete solution of that type has been found yet. Until it has, this reason alone is a very strong indication that string theory is on the right path. 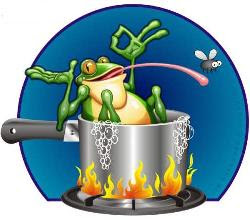 (2) Supersymmetry! There are many ways that string theory can reduce to low energy particle physics and not all of them would result in observable supersymmetry. On the other hand, supersymmetry is a natural byproduct of string theory and if it does exist in nature at scales currently being probed by the LHC then it can explain several mysteries. These include the hierarchy problem, dark matter, a light Higgs and the convergence of the running coupling constants at the GUT scale where SUSY says they all have a value of around 1/24. In the last few weeks we have seen the exclusion limits for SUSY greatly extended by CMS and ATLAS. They say that if you throw a frog into hot water it will quickly jump out, but if you put it in cold water and gradually heat the water up it will stay there until it is boiled to death. You should not try this experiment at home but it seems like nature is trying it on physicists who like supersymmetry. In the 1980s we thought that supersymmetric partners would have light masses to avoid fine tuning. If this was right they would have been seen at LEP or the Tevatron. Now the LHC has pushed the minimum masses to uncomfortably high values implying quite a lot of fine tuning. The water is heating up but we will stay put because we now know that the multiverse allows for such fine tuning provided it is in the best interests of our existence. Perhaps the higher masses were needed to allow dark matter to form galaxies or some such. 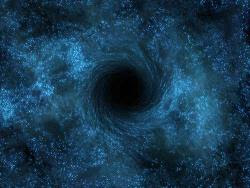 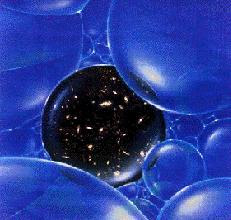 (4) My final reason for liking string theory is that it comes with a multiverse. For some people this is the favourite reason for not liking string theory and my reasoning for thinking otherwise is partly philosophical, so only people with similar philosophical leanings will agree with me. Ten years ago I did not favour anthropic reasoning. That was because the anthropic principle requires a range of theories that the universe can choose from so that one customised for intelligent life can be selected. I am comfortable with the platonic view that all mathematically consistent universes exist and we just inhabit some part of that realm, but in order to explain the symmetries that govern the laws of physics I think you need to invoke a further principle. For me that principle is universality in the sense of universal behavior seen in complex dynamical systems such as those seen in critical phenomena. I think there is a universal behavior of some type in the realm of complex mathematical systems which overwealms all other possible laws of physics so that only one unique possibility complete with all its beautiful symmetries can be what we experience. You can see that this does not fit well with the anthropic principle. However, there are good indications that the laws of physics are somehow selected to promote intelligent life in a way that would not be consistent with a single unique set of physical laws, contradiction! Luckily the multiverse comes to the rescue in the form of the string landscape. It turns out that string theory does indeed follow from some unique over-arching M-theory, but it can be realized in many forms in lower dimensions by a choice of vacuum determined by the compactification manifold. A wide range of these vacua are stable and there could be as many as 10^500 of them, plenty enough to account for anthropic reasoning. In my view it is the perfect outcome.

So those are my four best reasons for liking string theory. This does not mean that I don’t value other approaches to quantum gravity. We still need to find its complete non-perturbative formulation andIi am sure that such a thing must exist even if string theory has nothing to do with the laws of physics. Other theories such as Loop Quantum Gravity, Non-Cummutative Geometry or Group Field Theory lead to rich mathematical concepts. I see this as a sign that they are telling us something about our world, but I think you have to look for what it says about possibilities for non-perturbative string theory. For example, Loop Quantum Gravity tells us that knot polynomials and spin networks should be important. I like the fact that recently Witten has explored implications of high dimensional generalisation of the knot polynomials (Khovanov homology) to branes from M-theory. This is the kind of outcome I expect from alternative approaches.

So what of the problems people say are issues for string theory? I see the multiverse landscape as an asset, not a problem. It means that string theory cannot tell us much about low energy physics so we will have to look for Planck scale effects instead. Such predicted effects may not be known until the non-perturbative side of string theory is understood, and after that it may be a long time before technology allows us to test them. That I am afraid is the nature of the game. We have no automatic right to expect nature to be kind to us and provide an easy test of any theory of quantum gravity. We are suddenly in a position where almost anything we can observe seems to be covered by the standard model + general relativity so it should be no surprise that testing string theory is very difficult. Any other theory of quantum gravity is likely to have the same problem.
Luboš Motl v 9:31 AM
Share