Gavin Schmidt: there's no theory that extremes should rise in general 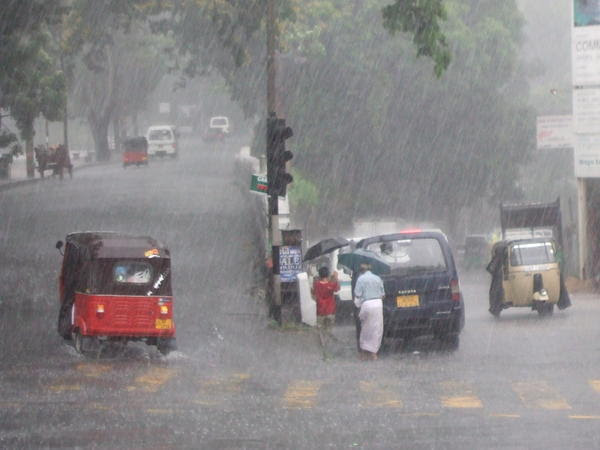 The idea that climate extremes are supposed to get larger is one of the most omni-present manifestations of the climate doomsday religion.

This thesis contradicts pretty much all empirical data as well as theoretical analyses of the climate. The global temperature has probably increased in the last 100 years but the extremes have not. However, many AGW believers, including many of those you could otherwise count as doubters (e.g. the former Czech representative in the IPCC) love to parrot this complete pseudoscientific nonsense.

If you graph the intensity or number of hurricanes; the temperature fluctuations; the total number of extreme temperature events; or many other things that depend on "non-uniformity" and "non-constancy" of the quantities describing the atmosphere, you will see that there's been no significant global trend in either of them during the last 100 years or so.

All those graphs are noisy - unlike the temperature (following a pink noise curve), all these graphs resemble white noise (because there's no reason to think that e.g. the annual or monthly amount of precipitation should be a continuous function). But the "signal" never exceeds the "noise" in a statistically significant way.


I have created many such graphs using the WeatherData function in Mathematica. I wonder - if those people really believe that the measures of extremeness are going up, why do they do so? Haven't they managed to draw a single graph of this type which is almost enough to see that this whole thesis is just plain rubbish?

It seems to me that the honest believers build their opinions on the climate models that suffer from some kind of numerical instability - and they're not capable to distinguish the climate models from the reality or to see that these effects obviously can't be happening in the real world. And by the way, they have probably never played with the same model without the CO2 increase to see that the instability is still there.

The idea that all extremes are getting stronger - a basic pillar of the climate doomsday beliefs - is actually so silly that even one of the most famous climate cranks, Gavin Schmidt, has been able to figure our and admit that it's wrong. In his Real Climate text,

Schmidt tries to clarify some misconceptions believed by some of his even more hopeless fellow climate cranks. He starts with some "very basic but oft-confused points":
I claim that many - if not a majority of - climate worriers deny some or most of these "basic points" by Schmidt. Concerning the last point, one that the "attribution is hard", it's not hard to see why it's true. It's because the systemic, trend-like changes have obviously been so tiny that they can't be identified as statistically significant changes by any method.

The idea that a rising CO2 changes the extremeness of some events by a nonzero amount is almost certainly true, pretty much tautologically true, but the effect is so small that this insight has no empirical consequences.

Even if you were able to see the effect of the rising CO2 on the extremeness of some weather events, it would be damn clear that for some of them, the effect would be larger than for others; and for some of them, it would be negative, as Schmidt correctly says. But note that when he says this obvious fact in his third point (the trend may have both signs), he writes the "convenient" sign in the main sentence while the other, at least equally likely sign, is described in the parentheses because it is "inconvenient" for Schmidt and his comrades. These very parentheses are enough to see that Schmidt lacks the degree of integrity that is required for science.

Why extremes are predicted to get weaker in a warmer world

Well, despite the parentheses, the negative impact of "global warming" on the extremeness of atmospheric events is almost certainly prevailing. Why? It's an insight that Richard Lindzen likes to point out and whose importance he likes to highlight in various contexts.

The main reason is that "global warming" predicts a faster rise of temperatures in the cold, polar areas than in the hot, tropical ones. This fact is linked to the ice-albedo and other positive feedbacks that probably amplify any warming (or cooling) in the lands of ice: for example, warming makes ice and snow melt which makes the surface of the Earth darker (it reduces the albedo) which makes it absorb more solar radiation which makes it even warmer.

However, because the colder areas are getting warmer more quickly than the warmer ones, the temperature difference between the poles and the equator is predicted to go down. If the temperature goes down, the average gradient - and it's something that helps to create tropical storms and similar structures - decreases as well.

One could be a bit more quantitative even though the changes are so small that it's not worth doing this exercise. The overall conclusion is that very many quantities that represent the "extremeness" or "non-uniformity" of temperature, pressure, humidity, wind speed, and other meteorological observables are predicted to get reduced if the globe gets warmer. This reduces room for catastrophes, too.

Some people just don't like this obvious - and the only truly justified - conclusion of science so they say exactly the opposite and still claim that their claim is scientific. It's not.

The new climate crank papers on rainstorms say a lot of unjustifiably self-confident things about what the authors "show". We show that men are to blamed... Gavin Schmidt explained the unjustifiable self-confidence of similar papers in an e-mail to Andrew Revkin as follows:


“Here we show” statements are required by Nature and Science to clearly lay out the point of the paper. If you don’t include it, they will write it in. The caveats/uncertainties/issues all come later. I think the confusion is more cultural than anything. No one at Nature or Science or any of the authors in any subject think that uncertainties are zero, but they require a clear statement of the point of the paper within their house style.

As for headlines in real newspapers, how many times have we been told that they aren’t written by the journalist on the story and so no-one (in practice) can be held responsible for their inaccuracy? I strongly disagree with the notion that there is much accountability there!

That's a somewhat frank admission, but we don't usually see Gavin Schmidt saying those things outside private mails to Andrew Revkin, do we? When did we see Schmidt "strongly" admitting on Real Climate that there's no accountability among the authors of climate articles? He's clearly a double-faced, hypocritical jerk. There's no accountability anywhere in the climate hysteria business - which is why so many crooks are not afraid to print so much garbage and to steal so much money from the taxpayers in the whole world.

Nature and Science would like to prefer high-quality papers and those have to have some clear results. So it's kind of legitimate for them to demand that the authors clearly state what the results are - because of their famous trademarks, they may afford this filtering. The problem is that the papers similar to the rainstorm paper don't have any results. They're just a random sequence of irrational emotions and pseudoscientific mixtures of relevant, irrelevant, cherry-picked and fabricated data. It's complete mess.

Of course, the only ethical outcome for the authors of this junk would be to shut up and never submit a paper to a journal; and the only professional reaction of the well-known journals would be to reject any paper that tries to support the idea of an observable effect of the mankind on the climate - because it's speculative fringe science.

For some reason, none of the two sides is acting properly. We know very well what the reason is. Actually, there are several reasons and some of them are different on the side of the journal and on the side of the authors.
Luboš Motl v 10:02 AM
Share