House votes to ban U.S. funding for the IPCC 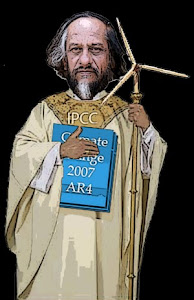 Alarmist blog Climate Science Watch reports that the lower chamber of the U.S. Parliament has voted 244-179, largely separated by parties, to stop the U.S. contributions to the IPCC.

Dr Robert Austin of Princeton, a prolific Princeton biophysicist, was one of the key witnesses explaining how the IPCC has become an untrustworthy, politically controlled institution - much like the whole discipline of climatology. The decision may still be rejected by the U.S. Senate where 53 Democrats may beat 47 Republicans - but don't be too certain that all the Democrats are eager to do so.


Even if the U.S. stops funding for this institution, it will be largely a symbolic move.

America only pays $2 million a year - a number that Obama wanted to increase by a factor of six. However, billions of dollars are being paid to the climate research whose fake impression of importance is being partly created by the "reputable" international IPCC body, and trillions have been wasted for related policies.

East Anglia's dataset became the winner when it comes to a poor temperature ranking of January 2011: it was the 24th warmest January on record. That pretty much returns the present to the average of the last 50 years.
Luboš Motl v 4:40 PM
Share