In denial: climate on the couch

Last night at 9 p.m., the BBC Radio 4 broadcast another 30-minute program about the psychology of deniers:


In denial: climate on the couch (audio, HTML)

I happen to be able to listen to it from the Czech Republic so it should work for you, too. They reveal that the climate activists are among the people who enjoy vacations in genuinely long-haul destinations. ;-) 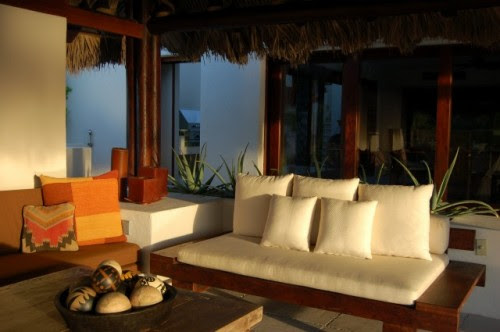 And they ask why people in general don't feel that they should do anything about "the problem" even though the "scientists" are telling us that the Earth is facing a catastrophe.

I agree with Samizdata.net that "No Pressure" videos with detonating skeptical children are not the main issue here. The main issue is that people have understood that the message is simply not true. That's why climate alarmism is such a downer in any conversation, as they say. You can't sell the "product" by improving the "packaging": the problem is the product itself, not the packaging.


What do they say about the science? They replace it with a nice Freudian slip. They say that the program is not about science so they will assume that the "scientific consensus" about the doomsday is right. That's cute because this sentence suggests that if the program were about the science, it would be able to figure out that the climate alarm is hogwash.

At any rate, the idea that crackpot ideas about the doomsday should be the "default" attitude before one looks into the science is very bizarre, indeed. The creators of the program pretty much reveal that they think like prejudiced religious bigots.

Some comments in the program sound like jokes. They explain that the people are told that the Earth is gonna die in a horrible death in a few years - and they say that this message is just a "toned down" version of the truth. It was toned down for the people to become more receptive.

I honestly don't know whether someone genuinely believes that something worse than the doomsday is in the pipeline when it comes to the climate. Whoever believes it must be so breathtakingly stupid; and whoever promotes this message while knowing that it's complete bogus must be so breathtakingly dishonest. I don't know which of them is more likely.

The program then becomes largely unfocused. A nutcase called Emily is pushing the people to become vegetarian. Not sure what the role of this portion of the program was - except for providing the listeners with a particular example that those activists are mentally ill.

Emily says that people get turned down when they hear something related to the science of the climate. But when she's talking about completely practical things - e.g. how you become a vegetarian (that's very handy, indeed!) - people love it. She will work hard until vegetarianism becomes the social norm. Good luck. :-)

After 15:00, the program gets literally religious. They're interviewing various crazy people who already believe that they have to reduce CO2 what was their "personal epiphany" - they literally use this term. And indeed, the answers are almost identical to the answers you hear in the church when the newborn Christians are asked when they first saw God or Jesus.

Around 18:00, we're told that it's all about the polar bears because they can move globally. ;-) And the whole debate is all about "framing" - holy crap - and the "framing" in the U.S. was harmful. A man says that the climate issue was identified with the extreme left which means that it can't get a support of the sensible part of the society. In particular, we learn that it's been a complete disaster for the climate movement to choose a spokesman who is not just a Democrat, which could be forgivable under certain circumstances - but he is even Al Gore.

So what messages resonate with the "American brain", the British men ask? First of all, the term "global warming" is a non-starter. It's a "toxic word" that turns the people off. "Climate change" is a bit better but it's even better to rephrase things in terms of "air pollution" or "deteriorating atmosphere". The latter term gets score 8 of 10.

But the host figures out that it's because people imagine actual, visible pollution and not a vital, harmless gas. The eco-activist totally honestly answers that it's the very point why the term is powerful - because they want the people to get confused what is pollution and what is not.

The host asks whether it's dishonest if they present CO2 as an issue of health even though it is not. The eco-activist laughs - saying who cares about honesty in between the lines. And he loudly says that what he cares about is the "effectiveness of the message", not its validity, also known as the truth. These people are just scum.

The host says that the climate alarmism is anti-American because the Americans don't like austerity. A woman says that she has a lot of understanding for the deniers, and she gets trapped in thinking about double negatives. But she says that people only jump on the airplane because they want to go to warm places (the irony of this observation is not realized by the participants of the discussion). According to her, one can offer the people the same services that are not far.

So where are those warm places near London? :-) Well, it's in Marrakesh, Morocco. She's just going there by train - two days in the train. That's very environmentally friendly! We also hear that the climate change is no longer the scientist's problem: it's the salesman's problem. She thinks that she can sell the low-carbon lifestyle if people can sleep tight. Another idea is to sell AGW in the same way as buttons for your clothes. The program mostly sounds as a parody.

The host finally says that social norms may change quickly and you may be foolish if you made a bet against people's becoming low-carbon nuts very soon.

Great Britain is clearly a different place. If such a program were aired on a Czech public radio, people would call psychiatrists to take care of the participants of the program.

In another program, Moral Maze, the same BBC Radio 4 attacked prime minister David Cameron for his criticism of multiculturalism which he considers a failure - a flawed policy that has been building walls in between the people.

However, an even more impressive detonation may be heard if you listen to the first 30 seconds of the show. A Mr Buerk claims that "[Cameron] risked to be branded racist and pushed himself into the loathsome corner with paedophiles and climate change deniers." Wow. :-) This is such a caliber that I don't feel any urge to react.

It's just insane to compare a whole group of people who only dare to share an opinion about the dynamics of the atmosphere to a group of perverse criminals. Moreover, even if a similar statement could be generalized in this way, it would still be upside down because it's the people like the Green-Socialist EU Parliament chief Daniel Cohn-Bendit - the nutcase who came to the very Prague Castle to try to humiliate our president - who are self-confessed child molesters as well as self-described climate fearmongers.

The Czech Republic has viewed the United Kingdom as a natural ally within the EU for a couple of years (and many times in the distant past) - but we may have missed those freaks in the BBC who are arguably more crazy than their counterparts in Germany or France.

Polish-Czech singer Ewa Farna recorded a Polish version, "Evacuation" (Ewakuacja), of her 2009 Czech hit, "I have a desire" (Toužím), and it quickly became popular in Poland.

Richard Muller et al. (including Judith Curry and many others) began to work on Berkeley Earth Surface Temperature Project that should fix the problems with all the existing surface records and trends, and offer open-source algorithms and all the things people have been calling for.