Well before the debates whether Egypt has allowed the two ships to get through abated, Iran used the chaotic situation in the largest Arab country and sent these two friendly looking ships to Syria - around Israel:

This is Alvand, an Iranian warship with torpedoes and anti-ship missiles. 1,500 tons. It looks very similar to one of the U.S. ships I liked to visit in Boston. 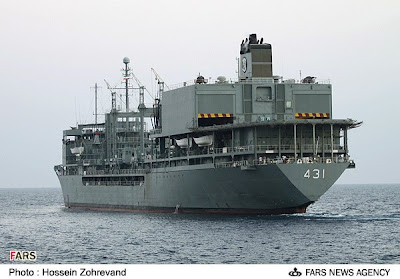 
Well, it may ultimately turn out to be a good idea to sink them before it's too late.
Luboš Motl v 8:59 AM
Share