Today, we learned that based on the 2010 GDP figures, China overtook Japan as the world's second largest economy. 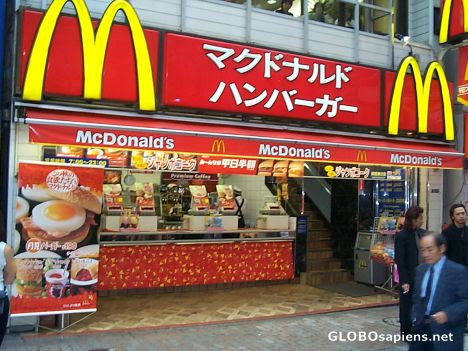 It may be pretty unlikely for Japan to return to its place because the current mess in the land of the rising Sun seems pretty remarkable. Japan Times just announced the results of an official government audit:

Their 214 biomass projects, motivated purely by the global warming hysteria and funded in the recent six years, have led to no results. The cost was ¥6.55 trillion i.e. about $80 billion. That's like the GDP of the whole Czech Republic for 4 months. It's gone ;-)

There is one more event that can be compared to these biomass projects and whose price was $80 billion: hurricane Katrina. Just for totally dumb biomass projects, the bureaucratic jerks in Japan have caused the same damage to the Japanese taxpayers as the famous hurricane that landed in New Orleans.

Katrina killed 1,836 people, too. If each victim were an electron, their total mass would be exactly that of a proton.

Judging by an example, the projects seem stupid. They seem to be based on the idea that the country doesn't need to produce any new food; they may just recycle the old biomass. For example, one project for ¥1.6 billion was all about rebranding unsold boxed lunches from the supermarkets as dinners for the livestock.

Now, if the supermarkets aren't doing this thing by themselves, you may be pretty sure that they have a good economic reason not to do it. The management firm of this project collapsed and the project was abandoned. The managers themselves have surely swallowed a large portion of the evaporated money - and lots of additional subsidies that were paid to the very same things independently of this project.

The smartest politicians in Japan are slowly beginning to understand that the Japanese can't be completely fed by recycled biomass and recycled feces but it may take hundreds of years before the majority of those politicians will understand this point and reach a new consensus. Meanwhile, the global warming idiocy and the global warming idiots will waste and steal trillions of yens at many other places.

To save the once impressive empire, once again, I urge all Japanese politicians who have participated in this massive scandal to commit hara-kiri because you can't ever be useful for your country again.