Kepler: 1% of stars have visible planets


Characteristics of planetary candidates observed by Kepler, II: Analysis of the first four months of data

During four months in 2009 (May-September), they analyzed 156,453 stars and found that 997 of them - almost one percent - had visible planets. 2/3 of them are Neptun-sized, 2/7 of them are super-Earth-sized, 1/6 of them are Jupiter-sized, and 1/15 are Earth-sized. Of course, there could be a bias towards the bigger ones because some small ones could have remained undetected. 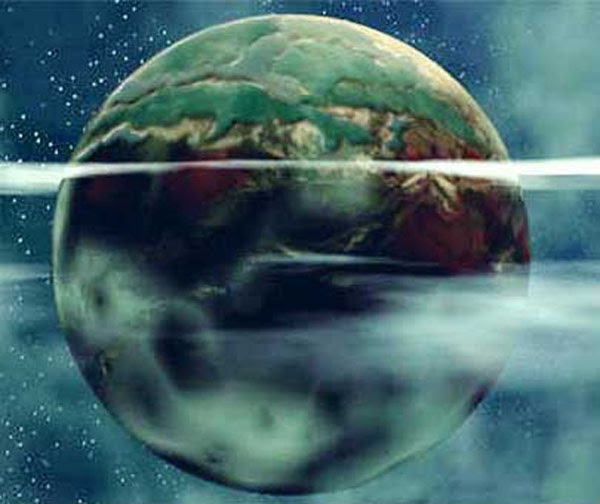 In the list, one may essentially find dozens of planets in the habitable zone - with a temperature similar to that of your apartment. Roughly five of them have sizes comparable to that of the Earth, too.


I think that one of the obvious conclusions is that one may find lots and lots of planets with the right mechanical and thermodynamic properties in the Universe - with better temperatures etc. than Venus or Mars. Many of them will arguably have the right "inorganic" properties, too. You may think about the number and strength of all these "inorganic conditions" for a habitable planet.

It seems hard to imagine that something at this level could reduce the number of planetary candidates hospitable to life to a small number. After all, there are about 3 x 10^{23} stars in the observable Universe. Because there were e.g. 5 OK Kepler's Earth-like planets per 160,000 stars, we would still expect 10^{18} OK planets in the observable Universe. This is a pretty large number.

Even if you impose some conditions that some elements had to be present etc., you can't reduce this number to O(1) or fewer planets, I think. Correct me if I am wrong.

Still, I don't believe that there exists anything like 10^{18} planets with life in the observable Universe. I don't have a proof so it is a matter of a belief but I just don't believe it. I think it was damn difficult to create the first things that could have been called the "life forms".

The Earth is hospitable so such first life forms could have easily - and rapidly - reproduced and evolved over here. But I still think that something that was unlikely and that existed at the beginning - a right sequence of a few dozens of amino acids - was necessary to start the show we call life. These rare "ultimate seeds of life" could have been present and could have floated through the Universe long before the planets became hospitable and some of them just happened to land on a hospitable planet and life could have begun.

If you believe that life is indeed omnipresent in the quantitative sense sketched above, well, you may deal with 10^{18} viable planets. About one half of them could be much more advanced than us - by many millions of years. They could be building giant structures around their stars, or whatever else. Only direct observations of such civilizations could really settle the question in one way or the other - but I would bet that they simply won't be observed.
Luboš Motl v 11:01 AM
Share